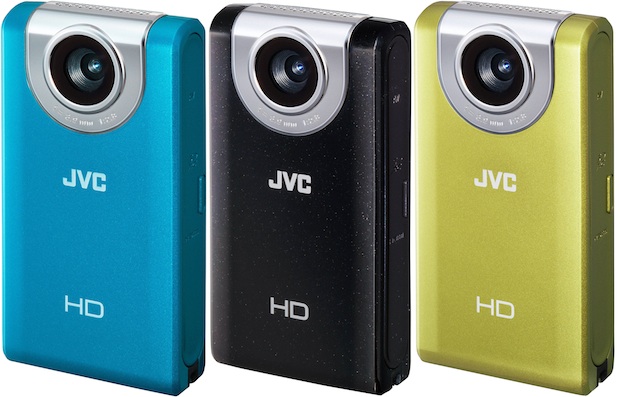 The Piscio camera offers a three-inch touch screen with on-screen graphics for shooting and playback controls, including the 4x digital zoom. What's more, the touch screen functions are easily operated even when wearing gloves for all-season fun. The large screen also enhances playback, with a large, clear image that makes it easy for all to enjoy what was recorded. 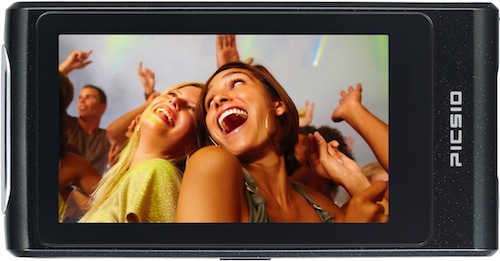 For easy editing and uploading, LoiLoScope EX for Windows® software is factory installed. This new software offers quick, intuitive editing and direct uploading to YouTube and Facebook, exporting to iTunes® and more. It can launch immediately when the camera is connected to virtually any PC. The uploading process, including editing, entails just a few easy steps. A full array of special effects is available for creative editing, supported by simplified icon-based access and intuitive drag-and-drop operation. Windows 7 Multi-Touch is supported, so operation via any compatible PC touch screen is possible. File output for DVD creation is also available.

The GC-FM2 pocket camera works with iMovie on the Mac. It also offers the option to record video in the iFrame format, a computer-friendly video format designed to dramatically simplify the process of editing and sharing video. iFrame works with compatible Mac and PC applications.

The new GC-FM2 camera comes with an SD/SDHC/SDXC card slot for versatile storage. The slot is optimized for Eye-Fi cards, so files can be quickly uploaded and shared using a wireless network.

The GC-FM2's special conveniences include a slide-out USB connector, so no connecting cable is needed. As a convenience, a USB cable is provided and an AC adaptor is available optionally. It is also charged through the USB connection so the camera is ready to shoot more after transferring files.

The JVC Picsio GC-FM2 pocket camcorder will be available in early September for $179.95.