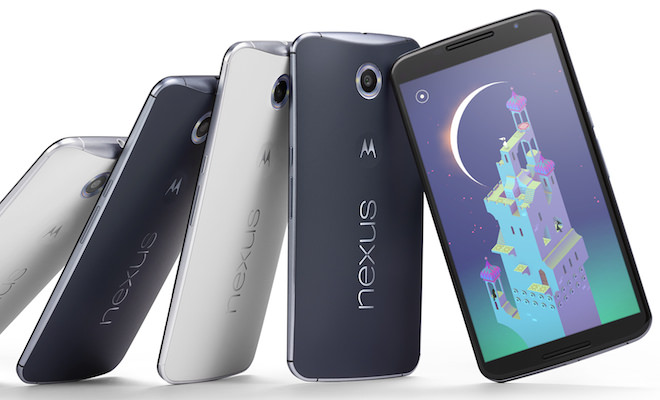 Google and Motorola announced Nexus 6, a massive smartphone / phablet with a 6-inch Quad HD display and a 13-megapixel camera with Optical Image Stabilization and HDR+. That’s even bigger than iPhone 6 Plus and Samsung Galaxy Note 4, which are 5.5″ and 5.7″ respectively. On the specification front it beats or matches the competition, but will consumers want such a big phone?

The large screen is complemented by dual front-facing stereo speakers that deliver high-fidelity sound, making it as great for movies and gaming as it is for doing work. It also comes with a Turbo Charger, so you can get up to six hours of use with only 15 minutes of charge. Its 3220 mAh battery should get you through the day no problem.

Nexus 6 will come with the soon to be released Android 5.0 Lollipop, which is being marketed as a sweet new take on Android. Lollipop introduces Material Design so that content responds to your touch, or even your voice, in more intuitive ways, and transitions between tasks are more fluid. Plus, new call and message notifications allow you to act on (or dismiss) them without interrupting what you’re doing.

Price and Availability
Nexus 6 will be available for pre-order in late October starting at $649 for the 32GB version in Midnight Blue or Cloud White. It will hit stores November 2014 — with options for an unlocked and/or 64GB version through Play store, or a monthly contract or installment plan through carriers, including AT&T, Sprint, T-Mobile, U.S. Cellular, and Verizon. Nexus 6 will come to 28 countries across Europe, Asia-Pacific and North America starting later this year and as we head into Q1 2015. 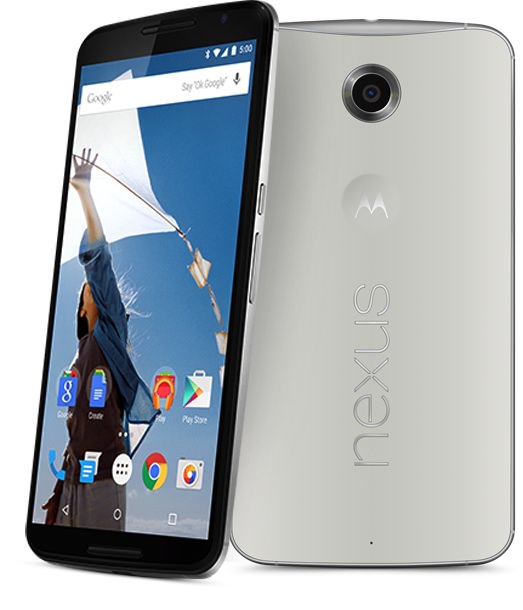