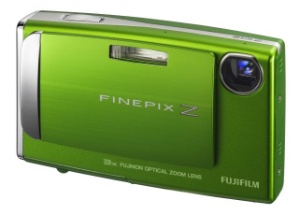 FUJIFILM U.S.A., Inc. today announced the lineup for the FinePix Z10fd Launch Party taking place this Thursday, October 25th at the Fillmore NY at Irving Plaza, one of New York City’s premier music venues. The Bravery will headline the event on the heels of their newly released album, “The Sun and The Moon.” Brooklyn natives, Locksley, will also appear, and Emmy Award and Peabody Award Winning Comedian Paul Mecurio will host the event.

VIP guests attending the Z10fd Launch Party will stroll along the green carpet, and will include the four winners of Fujifilm’s Z-Inspiration Photo Contest held in August, whose photos were chosen from more than 500 submissions. Aaron Burris-DeBoskey (Denver, Colo.), William Hester-Laraway (Kinderhook, N.Y.), James Miller (Waban, Mass.) and Abbe Pick (Newton, Mass.) all won a three day VIP trip for two to New York City to attend the launch party and will deliver first-hand online pictorial accounts of the event. As winners, they will also receive $500 in spending money, tickets to a Broadway show, a NYC Helicopter tour and two FinePix Z10fd digital cameras.

As the guest of honor, Fujifilm’s sleek, ultra-portable FinePix Z10fd combines style and sophistication with advanced features and beautiful colors, to provide tech-savvy digital natives with a digital camera that makes it easy to take great pictures, and share them with friends. Using IR Simple technology and the Blog Mode, users can beam images directly from camera to camera and upload their images to their favorite blog or website. The Z10fd comes in five brilliant, eye-catching colors: Wave Blue, Wasabi Green, Hot Pink, Sunset Orange, and Midnight Black. The FinePix Z10fd debuted in September and carries a retail price of $199.

To learn more about the FinePix Z10fd and the launch party, go to: http://www.finepixZ10fd.com.