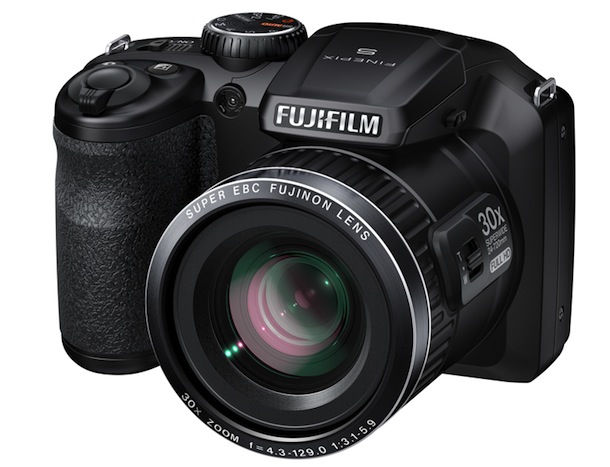 FujiFilm announced two long zoom S-Series all-in-one bridge cameras, the FinePix S6800 and FinePix S4800, both of which offer a powerful Optical Image Stabilization system for excellent blur reduction, and genuine FUJINON long zoom lenses with 30x optical zoom (24-720mm). They also each use a superb FUJINON lens that consists of 17 elements in 12 groups, and combines aspherical and ED elements that help to reduce aberrations and promote a superior level of image quality. Each of the new bridge cameras are also capable of a Super Macro mode for users to get as close as 0.78” from a subject for great close-up shots.

Both S-Series cameras have an easy to use Mode Dial for shooting selection, a bright 3.0” LCD screen (460k-dot S6800 and 230K-dot S4800) for easy viewing and image framing and the S6800 adds a dual zoom control for speed and precision zooming. 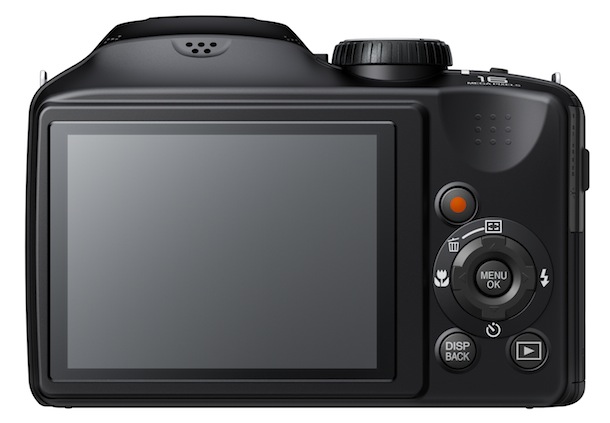 Both models look the same in the back, but the S6800 has a higher resolution display

The S6800 has an impressive 16MP 1/2.3-inch BSI-CMOS sensor that captures excellent quality, low noise shots at sensitivities as high as ISO 12800. With autofocus speeds of 0.3 seconds, start-up times of 1.0 seconds, a 0.5 seconds interval between shots and a continuous shooting speed of 8fps (max 10 frames at full resolution), users can feel confident about capturing fast-action shots. And with its ultra-high-speed shooting of up to 60fps (max 60 frames, image size 1280 × 960) and up to 120fps (max 60 frames, image size 640 × 480), the S6800 lets users capture the action in slow-motion for advanced photography.

The FinePix S6800 makes movie recording as easy as taking pictures using the dedicated movie button to start recording instantly. The high resolution, 1080i movie capture at 60fps with stereo sound and slow-motion capture at 480fps is superb when played back on HDTV screens, and users can even take still photos during video recording. The S6800 also adds a number of in-camera movie editing features including “movie trimming” and “movie join.”

The S4800 uses a 16MP 1/2.3-inch CCD sensor that captures sharp quality, low noise shots and has autofocus speeds of 0.3 seconds and a start-up time of 1.3 seconds for quick action shooting at a great value.

The FinePix S4800 also shoots in 720p at 30fps in 16:9 format to let users share memories with friends and family on the big screen using the mini HDMI connector. What’s more, with the clever Video Scene Recognition feature and a dedicated Video Recording button, you can leave the camcorder at home, and capture some great spur-of-the-moment footage! 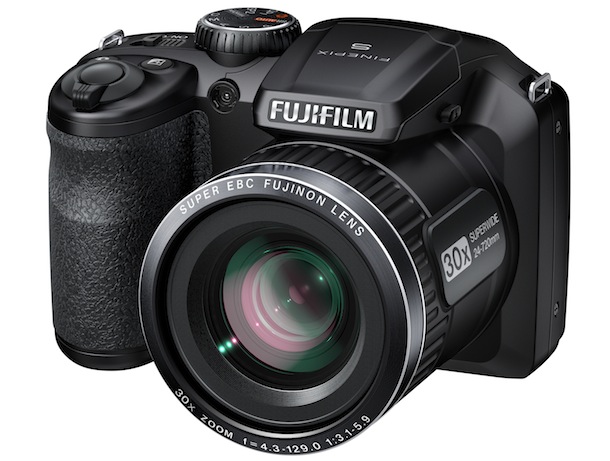