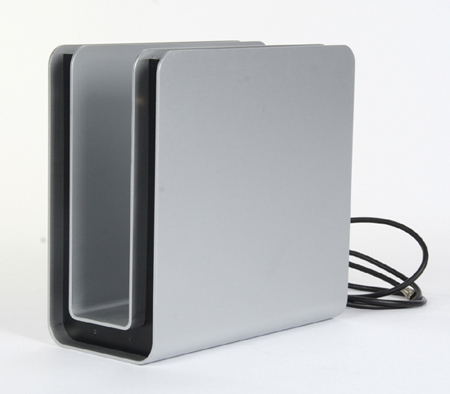 December 3, 2007, St. Louis, MO –The cable industry has lost over one million subscribers this year, suggesting a year ending with a 2 percent loss of market share, as reported recently in several newspapers, trade magazines and Internet newsletters. Some of the declines actually surprised Wall Street. But they didn’t surprise Richard Schneider, President of Antennas Direct, whose new Terrestrial Digital brand of antenna sales tripled during the same period. Schneider said “Because of the tremendous improvements in our Off-Air antenna technology and design that have taken place in the last few years, along with changing customer attitudes and needs in the new and highly competitive digital TV and HD era, we’ve found ourselves right in the middle of a thriving resurgence of Over-The-Air (OTA) antennas. Research projects that 15 percent of TV households and 23 percent of TV sets in U.S. homes don’t receive cable or satellite TV. That represents more than 70 million TV sets that only receive OTA broadcast television. It’s no wonder our phones are ringing off the hook.”

Schneider continued “Two of the reasons suggested by most business reporters for the decline in cable numbers are TV subscribers switching to Satellite DBS) and the emergence of telco TV. While partially true, telco numbers are much too small to be a significant factor, but a meaningful percentage of these cable TV losses come from unhappy cable customers switching to OTA antennas and dumping cable’s hundreds of unwatched channels in favor of getting all their favorite local broadcasts FREE. Cable companies are stumping with penetration percentages hitting a 17-year low. A significant number of cable subscribers are finally getting enough of cable TV’s higher costs, billing add-ons, service outages, contact difficulties and aggravating half-day in-home service waits, resulting in lost customers, while our business is doubling about every 180 days”

On November 29, 2007, The Bridge Data Group reported overall “customer satisfaction” with DBS at 72% and cable at only 58% and the “likelihood to switch” for both at 10%. These numbers might have accounted recently for the “attack” on a Comcast payment center in Virginia by a 75 year-old hammer wielding grandmother.

And it’s not only problems with Cable (and Satellite) providers that have caused this dramatic OTA antenna sales increase. The benefits of Off-Air antennas are compelling and numerous. There is only so much room on cable or satellite bandwidth in which to squeeze signal, so data is compressed to fit, resulting in a somewhat “soft” picture. An OTA signal is the gold standard in digital reception because it’s completely uncompressed and also FREE; good news for the millions of homes not using cable or satellite. But what about those cable or satellite subscribers that want access to all their local broadcasts or all available HD local broadcasts, but can’t get them from their present provider.

Local digital TV broadcasts are everywhere. And how hot is HD? High Definition Televisions bumped digital cameras out of the top spot for the most desired CE product for 2007. But bandwidth limitations mean that cable and satellite providers may not carry all local channels in many areas, or may not offer all of them in high definition. Contract disagreements between local cable operators and local broadcasters can mean that major networks may not be available via cable TV in several areas. DISH Network offers local HD coverage to about 47 percent of U.S. markets, while DIRECTV reaches about 65 percent for an additional monthly fee.

“What about those other millions of viewers who want to see their favorite local shows and in HD” asks Schneider? “The answer is to add an OTA antenna to other signal reception sources”. This not only gives a viewer the ability to receive all their local stations, but, with the right Terrestrial Digital antenna, some viewers may even be able to receive out-of-town channels, which may carry blacked out sports programs or network broadcasts not available in their home town. For lower income families, an OTA antenna may be the only alternative. As an added benefit, an OTA antenna provides back-up reception options for local cable or satellite signal loss due to equipment failure or rain, snow and ice fade and to smaller TVs and second sets in homes not wired for whole-house signal distribution.

The Consumer Electronics Association, which does not track antenna sales, puts antennas in their accessory category. Accessory? Try getting an OTA broadcast signal without one.

If you’d like more information about this topic, or to schedule an interview with Richard Schneider, please call Michael Sherman at 662-893-8360 or send an email to msadvertising@aol.com.

About Antennas Direct and Terrestrial Digital

Antennas Direct is a St. Louis based manufacturer and distributor of Over-The-Air antennas. The company was founded by Richard Schneider in 2003, and has since been widely recognized for superior product design and performance by a number of industry publications and main stream media outlets. Having invested major resources into the discovery and implementation of the first new technological advances in television antenna design in decades, Antennas Direct launched its unique new Terrestrial Digital brand of OTA antennas in 2006.

The Terrestrial Digital line of OTA antennas are designed to tune to the frequencies where most DTV broadcasts occur, doing a better job of rejecting interference (Multi-path). The results of the new designs have allowed them to produce smaller, more powerful antennas that combine optimized performance with a streamlined appearance, providing the best of both worlds. They continue to constantly test and modify antenna designs, raising the bar by which antenna performance and appearance are measured. For additional information on Antennas Direct, visit
http://www.antennasdirect.com/index.htmland for Terrestrial Digital, visit www.terrestrial-digital.com.