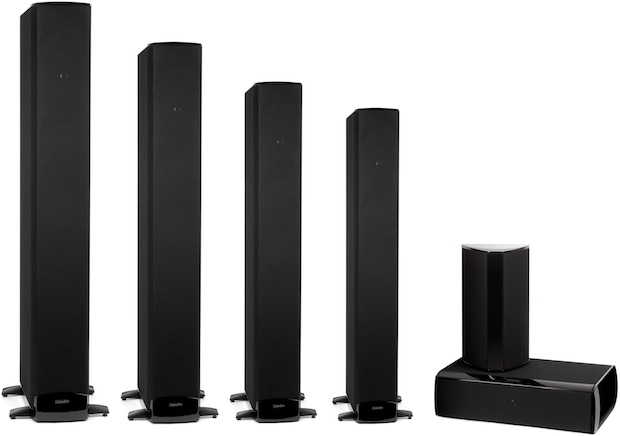 Definitive Technology announced four new models of the Bipolar Series SuperTower® floor-standing wood-enclosure loudspeakers with built-in subwoofers; three new matching center speakers, two of which feature built-in powered woofers; and two new matching bipolar surround speakers. The nine new models replace 11 older SKUs. Every part of every new model has been redesigned and improved for dramatic upgrades in appearance, functionality and performance. The new BP product line will be available initially only in the United States, Canada and most Latin American markets for fall 2010; versions for Europe and Asia will follow in 2011.

Definitive launched its business 20 years ago with a single model of bipolar loudspeaker with speakers on the front and rear panels of the enclosure to radiate sound in an omnidirectional pattern for more life-like imaging. In 1995 Definitive pioneered the concept of “powered towers” by incorporating powered subwoofers into Bipolar series floor-standing speakers dubbed “SuperTowers.” The new models represent the third generation of SuperTowers and make use of Definitive's most advanced technologies, including a new patent-pending approach to bipolar speaker design called Forward Focused Bipolar Array, which combines the huge, life-like imaging benefits of bipolar designs with the pinpoint localization of soloists of traditional forward radiating speakers. All four floor-standing models utilize all new midrange and woofer drivers, tweeters, amplifiers and enclosure construction for a total makeover in appearance and performance. 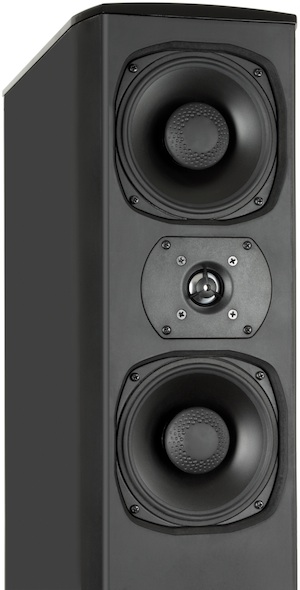 Equally dramatic are the changes made to the matching center and surround models. As well as getting all new BDSS drivers, aluminum dome tweeters and sophisticated crossovers, their appearance has undergone a remarkable transformation to sleek, elegant and contemporary–perfectly in step with today's decorating aesthetic and thin TVs. The two top center channel models employ built-in powered woofers for truly full range sound and perfect timbre matching to the left and right main speakers.

The midrange driver used throughout the new products feature the latest generation of Definitive's patented Balanced Double Surround System (BDSS) technology for a dramatic upgrade in midrange accuracy, detail and imaging. The power amplifiers used in the SuperTowers and two of the center speakers are also all-new Class D designs with higher power output and Digital Signal Processing for deeper, louder, and tighter bass.

“Our Industrial Design team did a wonderful job of updating the styling of the new models. They still have the signature Definitive bipolar look with high gloss black top/bottom and side caps finishing off grille-cloth wrapped wood enclosures. The floor-standers were slimmed down to minimize their actual and visual footprints. They're really quite sleek and customers appreciate their modern styling and space saving design. Various styling cues tie the centers and surrounds to the front towers for an integrated family look despite the differences in function and form between them. We couldn't be more pleased with how they all turned out.”
— Definitive's EVP Dave Peet 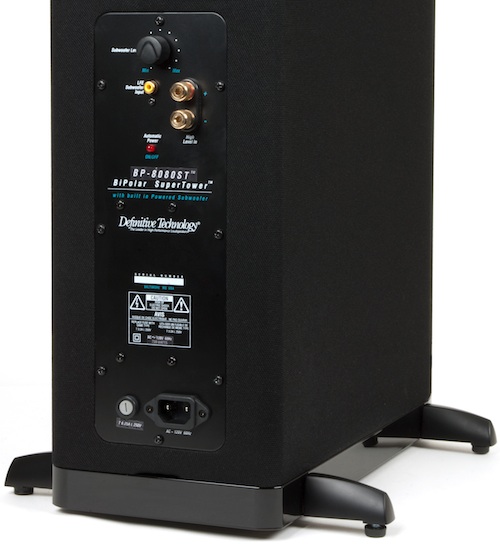 Hi-Fi+9 years ago
You Are Here

Audiophiles can save big on a digital music system bundle when purchasing select Focal loudspeakers with a Naim Uniti streaming player.