Classe has announced the expansion of its popular Sigma series to include a new monaural amplifier. The first three Sigma series models, launched earlier this year, were designed to deliver a compelling performance and feature set at prices below the entry level of other high-end brands but within easy reach for anyone considering the top-of-the-line offerings of more mainstream companies. The Sigma MONO broadens the appeal of the Sigma range with a powerful amplifier, conservatively rated at 350W into 8 ohms and 700W into 4 ohms, which delivers all the benefits of Classe’s proprietary Sigma amplifier designs in an even higher performance package.

The pure, effortless sound that is the hallmark of the Sigma MONO derives from an unlikely source: a massive switch mode power supply,” Nauber continued. “Critical portions of the amplifier’s circuitry surpass what is available in the two- and five-channel Sigma models. A new analog input stage, modifications to the operation of the output stage, and new output filters are employed to optimize the performance of this high-powered monaural amplifier.”

A special pass-thru feature allows the input signal to be forwarded to a second amplifier for bi-amplifying or to drive a subwoofer amplifier. This allows the amplifiers to be located closer to each speaker: a single long interconnect can be used to connect the preamp to the first amp, followed by a short interconnect to the second Sigma MONO – or even a third and a fourth.

“In the short time they’ve been available, our proprietary Sigma series amplifier designs have been showered with praise from numerous audio critics and consumers worldwide, “said Dave Nauber, President of Classé. “The Sigma MONO builds on this innovative platform, pushing the performance to heights that surprised even us – and we’re pretty hard to surprise! 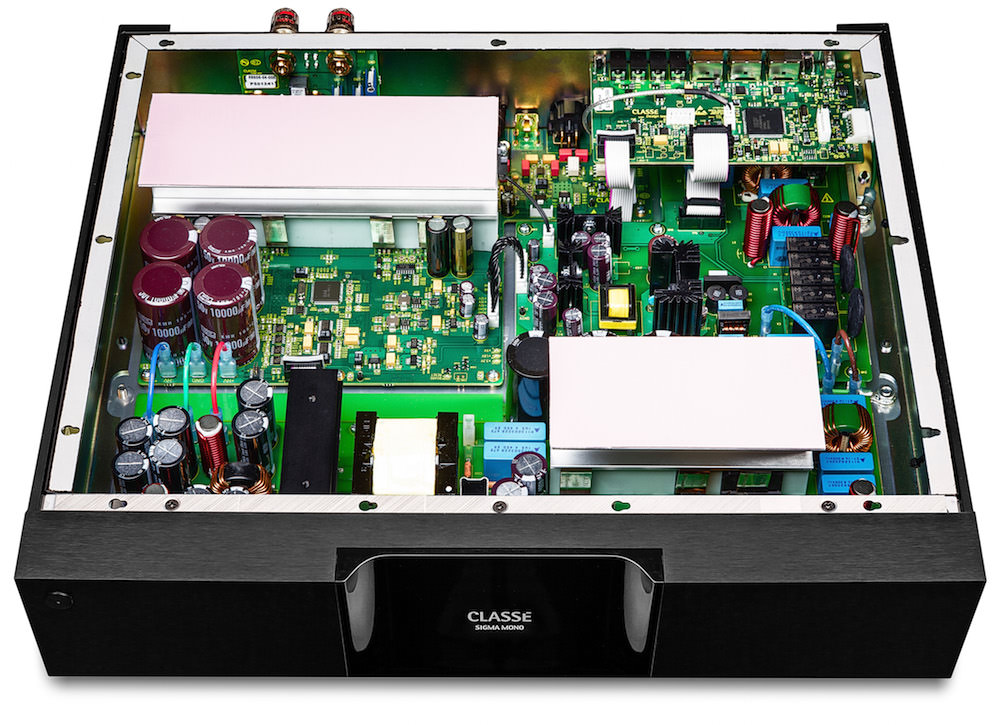 According to Classe, the Sigma MONO is the logical choice for anyone who wants the highest performance and prefers a compact, highly energy efficient design.

Price and Availability
The Sigma MONO will be available in October 2015 for $4,000.

The Classe CP-800 Stereo Preamplifier/Processor is said to be the first of a new generation of stereo preamplifiers designed to take full advantage of...

On the heels of the company’s launch of the CDP-102 CD Player in September 2005, Classe proudly introduces its highly anticipated reference model, the...