As the first Classe Delta series DVD player, the CDP-300 shares the beautiful industrial design and elegant control screens found throughout the range. It is in fact the first DVD Player to offer touchscreen control and video preview on the front panel. The preview feature allows audiophiles the option of enjoying a pure music listening session without the noise often associated with projectors and other display devices. Simply navigate DVD-Audio (or DVD-Video) discs from the front panel and listen under quiet, ideal conditions.

The CDP-300 DVD Player utilizes a slot-loader mechanism for reading discs. It was chosen for its superior disc-handling characteristics, reliability and control options. Fitting neatly within the delta series model’s black control strip, the slot is illuminated by a soft blue light to assist when loading discs in a darkened room.

From its specially designed, vibration-absorbing feet to its strong and rigid chassis and DVD-ROM drive, the CDP-300 is a “from the ground-up” design, serving as a high-quality and reliable disc-playing platform with audio and video signal paths fully optimized to deliver the experience like no other.

The presence of jitter (time base distortion) at the point of conversion from digital to analog increases distortion and robs the playback system of resolution. To reduce jitter in the CDP-300, digital audio signals of all types (CD, DVD, DVD-Audio, etc.) are routed through a CPLD (Complex Programmable Logic Device) and sample rate converter to de-correlate them from the MPEG decoder (video) clock. The result is that all digital sources are recreated as 24-bit/192kHz signals and re-clocked before being output to the D-to-A converters. By attacking jitter at its source, the Classe Design Team makes great sounding audio possible from a variety of digital formats.

Three stereo DACs (with 8x filters) have been selected to perform the delicate process of converting digital audio to analog. Each channel of each stereo DAC is itself converted as a differential signal. Six channels of analog audio are output in single-ended format on RCA connectors, while the front left and right channels are also available balanced on XLR connectors. These channels are truly balanced, having been taken as differential outputs from each channel of a stereo DAC.

The latest flat panel displays and certain projector models can display as many as 1080 horizontal lines at once. In order to capitalize on this new, higher resolution capability, the CDP-300 DVD Player utilizes newly developed video processing circuitry, making it the world’s first DVD player to offer a full implementation of all HDTV resolutions. Digital video on HDMI is available at 480i, 480p, 576i, 576p, 720p, 1080i and 1080p.

As with audio, the performance of video circuitry owes partly to the individual components and partly to the execution of an overall design strategy. The fact is, high-end players often use similar parts, but usually reach quite different levels of performance. The CDP-300 uses state-of-the-art component parts, employed to maximum advantage and built with precision and care. But its true value is only realized by playing familiar music recordings and watching your favorite movies.

First to market with 1080p video, first with touchscreen control and first with video preview capability, the CDP-300 is truly in a class by itself because of its subjective audio and video performancequalities. The subjective experience is what separates a Classe disc player from everything else.

· All audio formats are up-sampled to 24-bit/192kHz prior to Digital-to-Analog conversion.

· All audio formats are decoded internally before Digital-to-Analog conversion. A concurrent IEC958 (SPDIF, AES/EBU and TOSLINK) output is provided.

· DVD-Audio is output as IEC958 (SPDIF, AES/EBU and TOSLINK) for decoding in a Surround Sound Processor with a concurrent 2-channel analog audio downmix.

· Audio and video are synchronized during DVD-Video playback.

The Classe CDP-300 is manufactured entirely by Classe at its Quebec facilities, using the highest-quality components available worldwide. Its striking aluminum chassis, fascia and touchscreen front panel combine quality, performance, and function in stunning harmony. The CDP-300 will be available June 2005, at a manufacturer’s suggested price of $6,500 (US). 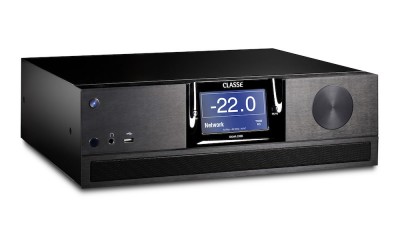 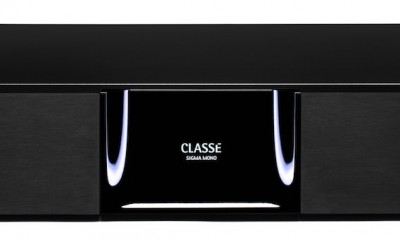 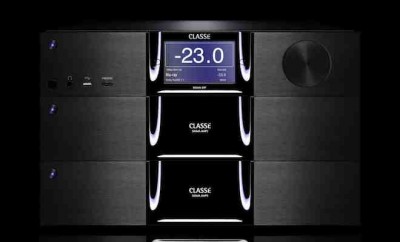