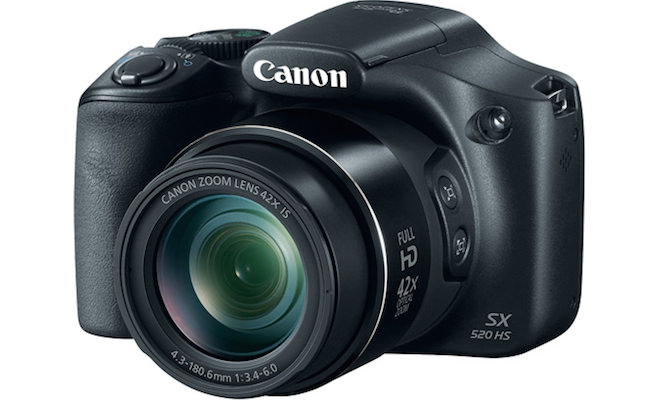 Canon just announced two super-zoom cameras, the $400 PowerShot SX520 HS and the $250 PowerShot SX400 IS digital cameras. Designed to give users the versatility and telephoto reach they need to capture subjects from far distances, these new cameras are packed with impressive features. The new PowerShot SX520 HS digital camera includes a high-powered 42x Optical Zoom lens (equivalent to 24-1008mm) and the Canon HS SYSTEM for clear sharp images and Full HD Video. With a 30x Optical Zoom (equivalent to 24-720mm), the PowerShot SX400 IS digital camera allows photographers to capture the moments that mean the most to them quickly and easily, even at long range. 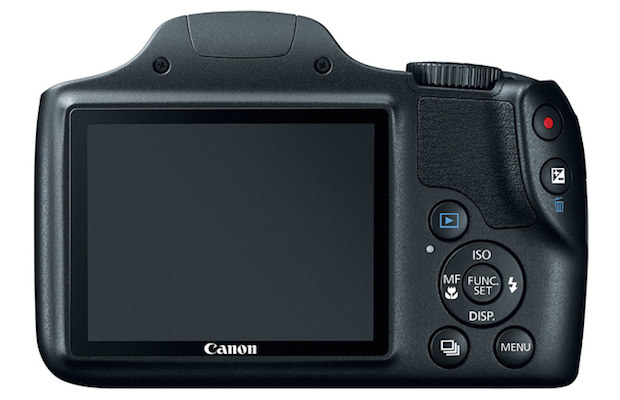 Giving users the ability to capture life in motion, the camera features a dedicated movie button so users can easily record 1080p Full HD video utilizing the camera’s full 42x optical zoom capability. The camera also features an enhanced grip for added handling comfort. Additionally, the camera’s Intelligent IS automatically chooses from one of eight modes to help optimize image stabilization for virtually shake-free images in various shooting conditions. The camera’s High Speed AF allows users to achieve fast autofocusing speeds to help capture every shot with ease. The PowerShot SX520 HS digital camera’s advanced Zoom Framing Assist feature intelligently controls the lens, making it easy to locate the main subject by zooming out, and then zooming back in quickly and automatically for dramatic close-ups with face detection where applicable.

Upgraded from its predecessor, the PowerShot SX520 HS digital camera features Canon’s Creative Shot mode that uses a combination of lighting, color and composition from the original image to create unique, artistic images. Smart AUTO technology selects 32 different pre-defined scenes for still shots and 21 scenes for video without the need to switch modes, making it possible to take beautiful images and video in a variety of situations. The Hybrid AUTO mode featured in the PowerShot SX520 HS camera creates a beautifully stabilized HD video clip (up to approximately four seconds) every time a user shoots a still image, then compiles the clips into a single movie that forms a “highlighted reel” for the day. This new camera is equipped with a built-in mini-HDMI port that makes it easy to connect to an HD TV set at home or on the road so everyone can comfortably enjoy viewing the footage. 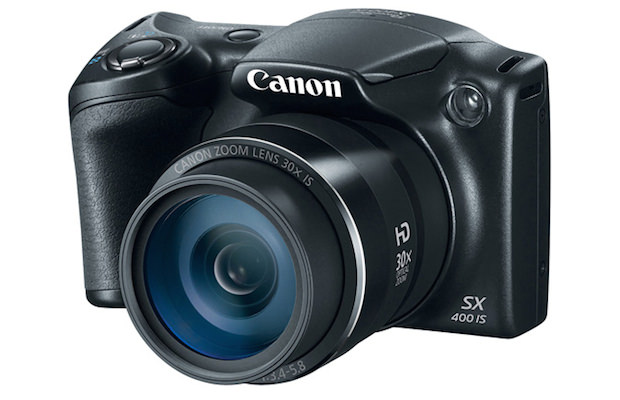 The PowerShot SX400 IS Digital Camera
With a compact design and a powerful 30x Optical Zoom range with Optical Image Stabilizer, the PowerShot SX400 IS digital camera is a versatile camera that can be used daily anytime, anywhere. The 16 Megapixeli CCD sensor and DIGIC 4+ image processor combine with Canon’s Intelligent IS system to provide users with outstanding functionality, while the updated grip design improves handling comfort. With Smart AUTO, the camera identifies an ideal image setting by intelligently selecting from one of 32 pre-defined modes for still shots and 21 scenes for video. 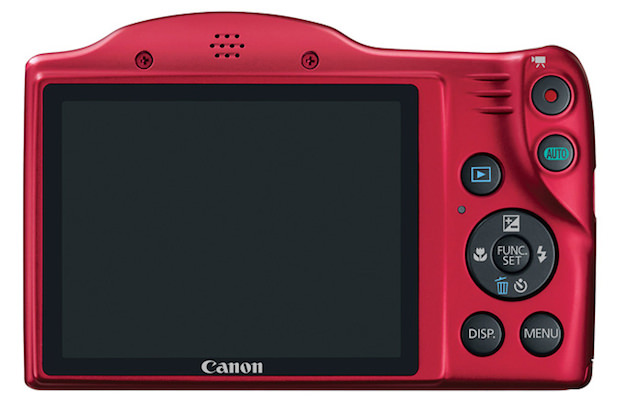