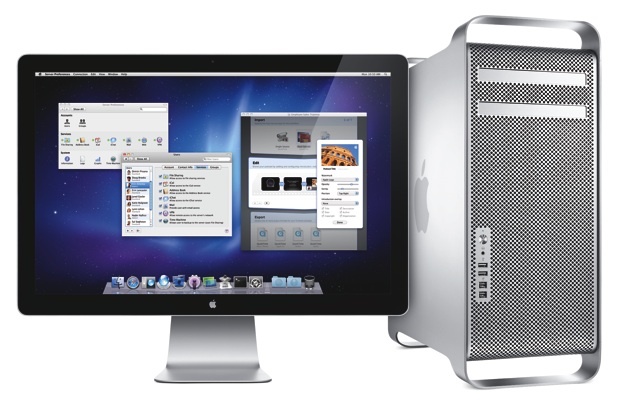 Apple today unveiled a Developer Preview of Mac OS X Server Snow Leopard, the next major release of the world’s easiest to use server operating system. Snow Leopard Server is a full 64-bit UNIX server operating system based on open standards that is up to twice as fast as its predecessor.* Snow Leopard Server includes innovative new features such as Podcast Producer 2, for automating the creation and publishing of podcasts, and Mobile Access Server with secure access to firewall-protected network services for iPhone™ and Mac. Snow Leopard Server is priced more affordably than ever at $499 with unlimited client licenses and will ship in September 2009.

“Snow Leopard Server is our best and fastest server operating system ever, and unlimited client licenses make it an incredible value for any size business,” said Bertrand Serlet, Apple’s senior vice president of Software Engineering. “With easy to use new features like Podcast Producer 2 and Mobile Access Server, anyone can set up and manage its powerful services with just a few clicks.” 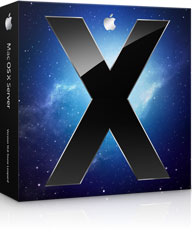 Snow Leopard Server is a full 64-bit operating system designed to take advantage of multi-core processors and address massive amounts of memory, while remaining fully compatible with 32-bit applications. Up to twice as fast as its predecessor, Snow Leopard Server easily handles the most demanding server operations including web and application hosting, file sharing and mail.

Podcast Producer 2 includes the new Podcast Composer application, which automates the entire production process, making it easy to create podcasts with a customized, consistent look and feel. With just a few clicks, Podcast Composer creates a workflow to add titles, transitions and effects, save to a desired format and share to wikis, blogs, iTunes, iTunes U, Final Cut Server or the new Podcast Library.

Pricing & Availability
Mac OS X Server version 10.6 Snow Leopard will be available in September 2009 through the Apple Store, Apple’s retail stores and Apple Authorized Resellers for a suggested retail price of $499 (US), and includes unlimited licenses for Mac, Windows and Linux clients. The Mac OS X Snow Leopard Server Up-To-Date upgrade package is available to all customers who purchased a qualifying new Xserve system from Apple or an Apple Authorized Reseller between June 8, 2009 and the end of the program on December 26, 2009, for a product plus shipping and handling fee of $9.95 (US). Users must request their Up-To-Date upgrade within 90 days of purchase or by December 26, 2009, or whichever comes first. Snow Leopard Server can run on any Mac computer with an Intel processor, a minimum 2GB of RAM and at least 10GB of available disk space.