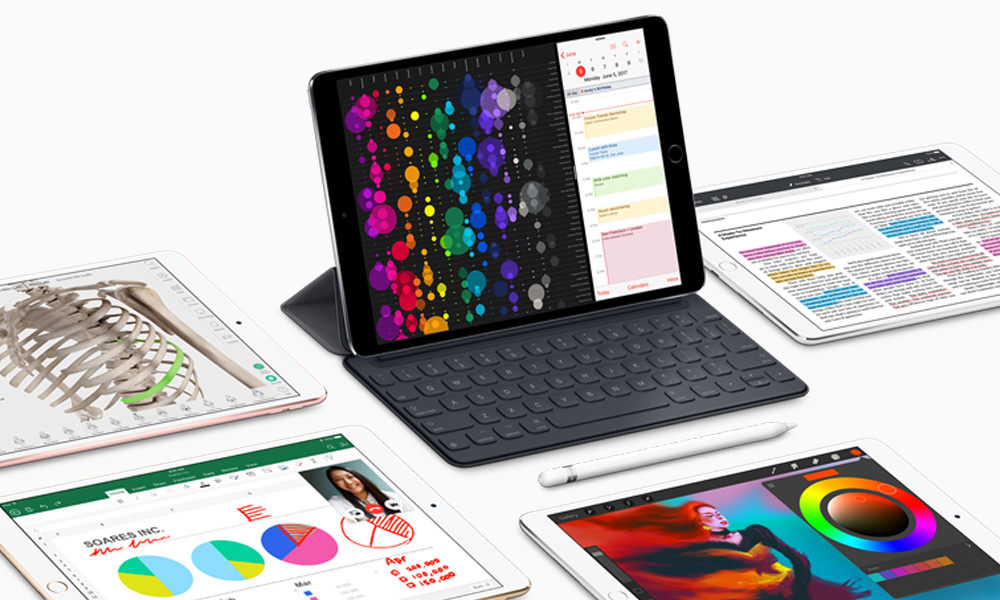 Apple just announced two new iPad Pro models for 2017 which are faster, brighter and double the storage at a starting price of $649. For the first time, there’s a new 10.5-inch size that replaces the 9.7-inch iPad Pro, and a new 12.9-inch model updated with the same advanced technologies. The 10.5-inch model reduces the borders by nearly 40 percent and keeps the weight at one pound, making it only 5 or 10 millimeters wider or taller than its 9.7-inch predecessor.

There’s a slew of hardware upgrades that include bringing the same processor and cameras from iPhone 7 to both new iPad Pro models. To jog your memory that means the A10X Fusion chip, 7-megapixel FaceTime HD front camera, and 12-megapixel back camera with optical image stabilization. Basically better photos and 30 percent faster CPU performance and 40 percent faster graphics performance. 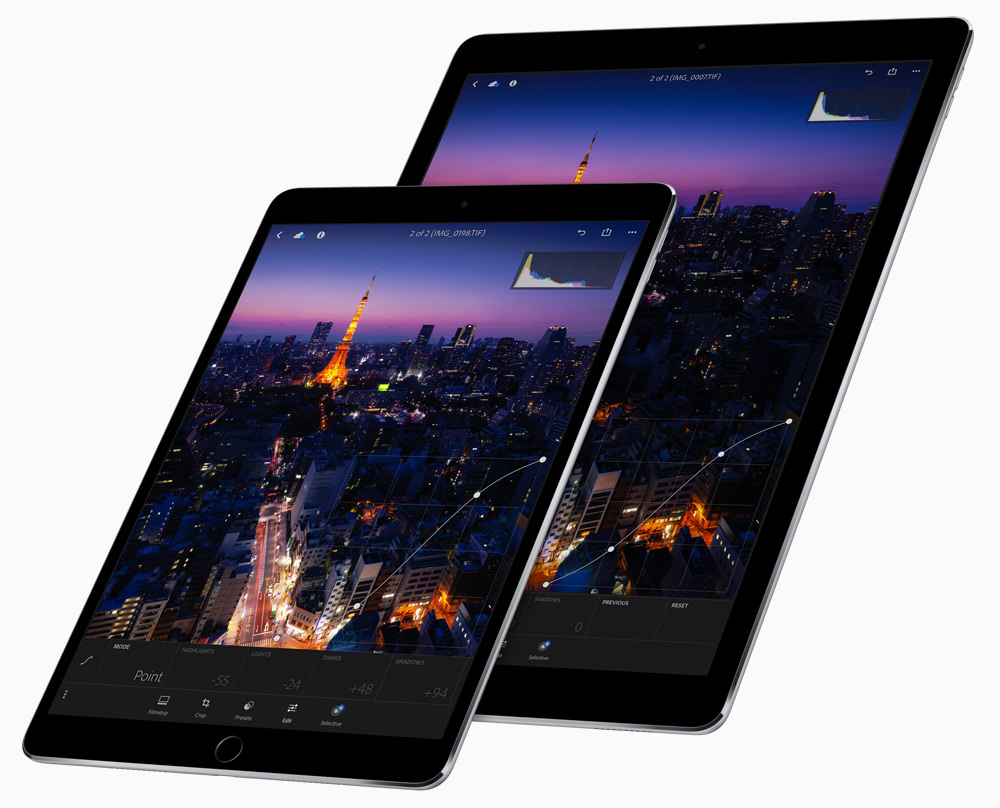 An improved new Retina display makes it iPad’s brightest yet and features antireflective coating for easier visibility indoors or out. A newly integrated technology called Promotion delivers refresh rates of up to 120Hz for fluid scrolling, greater responsiveness and smoother motion content. That translates to its display is even better and Apple Pencil writes on it even better.

The hardware upgrades are nice, but it’s the software upgrade that iOS 11 will deliver in Fall 2017 that will really make these new iPad Pro models shine. Some of these new capabilities are:

Both new iPad Pro models are compatible with Apple Pencil and Smart Keyboard (each sold separately). A new full-sized Smart Keyboard has been custom designed for the 10.5-inch iPad Pro, offering a thin yet durable keyboard that never needs to be charged or paired over Bluetooth and is easily foldable into a protective Smart Cover.

The new iPad Pro models are available to order beginning June 5, 2017 from www.apple.com/ipad/ and will start shipping to customers the following week. Both models will also be available next week (June 13, 2017) in Apple Stores, through select carriers and Apple Authorized Resellers (prices may vary) in the US.

India, Turkey, UAE and other countries and regions will follow in late-June 2017.

Brazil, Mexico, South Korea and other countries and territories will follow in July 2017.