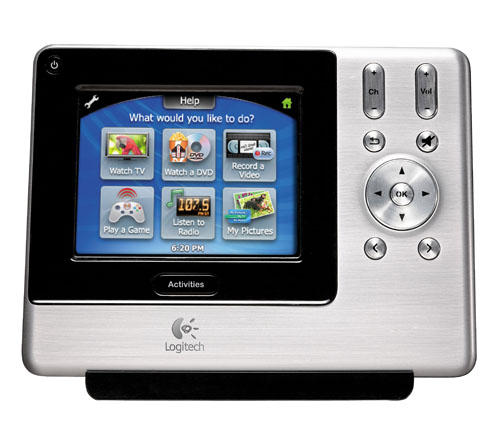 DENVER — Sept. 12, 2006 — CEDIA — Logitech (SWX: LOGN) (NASDAQ: LOGI) has reinvented the Harmony remote control. Adding a touch of luxury to its award-winning family of Harmony advanced universal remote controls, the company unveiled its new flagship Harmony 1000 remote, which includes a striking, color touch-sensitive screen. While it looks as expensive as traditional high-end, custom-installed remotes, the Harmony 1000 remote is more affordable, is easier for consumers to set up, and sets a new standard for ease of use.

“The Harmony 1000 remote delivers affordable luxury — it simplifies control of today’s complicated home-entertainment systems at a fraction of the price of traditional custom-installed remotes, and it’s luxurious in its sophisticated design, which adds an element of prestige to any living room,” said Bryan McLeod, vice president of Logitech’s remote control products. “The Harmony 1000 remote is the interface that people crave for their home-entertainment system — it’s sleek, it’s easy to use with its one-touch activity based control, and it comes without a prohibitive price.”

The Harmony 1000 remote’s touch-sensitive screen makes the renowned Harmony activity control even easier by displaying the important controls when they are immediately relevant. And unlike some of today’s high-end universal remotes, the Harmony 1000 remote controls any device with an infrared receiver — including VCRs, digital video recorders, high-definition televisions, and many household appliances. Using radio frequency (RF) technology, the Harmony 1000 remote can also control multi-room entertainment systems and high-end components hidden behind closed doors, when used in combination with the optional Logitech Harmony Wireless Extender (sold separately). Meanwhile, its stunning brushed-chrome and piano-black finish makes the Harmony 1000 remote an aesthetic complement to today’s most sophisticated living rooms.

The Evolution of One-Touch Activity Control
Logitech’s Harmony remotes have become the most popular brand of advanced universal remotes in the U.S. marketplace, and an emerging force in Europe, because of the Harmony platform’s simple one-touch activity control. Appealing to both consumers and professional installers, the Harmony 1000 remote takes this ease of use to a new level as the first in the family to include a touch-sensitive screen — a feature most often reserved for expensive, custom home-theater remotes.

When people first pick up the sleek, rectangular remote, the 3.5-inch color screen displays icons associated with entertainment activities — such as Watch TV, Watch a Movie, Listen to Music, or Play Games. One touch of any of these icons can put an entire home-entertainment system in the proper state for enjoyment of the activity.
After an activity is selected, the remote’s screen reveals the controls needed specifically for the activity — unlike the many universal remotes with dozens of infrequently used fixed buttons that are often more confusing than useful. For example, when watching TV using a digital video recorder (DVR), people will see on screen the standard skip forward, skip back, record and pause buttons necessary to controlling a DVR. But when they are listening to CDs, they will see the track controls they need to navigate their music. The Harmony 1000 remote has only nine fixed buttons — such as volume up and down, channel up and down, and a directional navigation pad — basic controls used for most activities, which are located on the right-hand side of the remote. With built-in rechargeable batteries, the remote also comes with a convenient and stylish charging stand, eliminating the need to replace batteries and providing a base so that everyone knows where to find the remote. A full charge offers approximately one week of power, depending upon how heavy the use.

Logitech Smart State Technology
The Harmony 1000 remote delivers powerful activity-based control by using patented Smart State Technology, which allows a remote to track the operations of the various components it controls. With the technology, Harmony remote users can effortlessly switch between watching home theater and listening to music by selecting a single activity button.

Easy Online Setup
Logitech has redesigned its online interface to make the Harmony Internet setup easier than ever. With an intuitive setup wizard to walk them through the process, people start setup by entering their components’ model numbers. That information is automatically matched to the characteristics, discrete codes and infrared commands of the more than 175,000 devices from more than 5,000 manufacturers contained in Logitech’s online database — the world’s largest audio/visual control database. The wizard then helps people define the various entertainment activities and identify the entertainment components used for each activity.

About Logitech
Founded in 1981, Logitech designs, manufactures and markets personal peripherals that enable people to effectively work, play, and communicate in the digital world. Logitech International is a Swiss public company traded on the SWX Swiss Exchange (LOGN) and in the U.S. on the Nasdaq Global Select Market (LOGI). 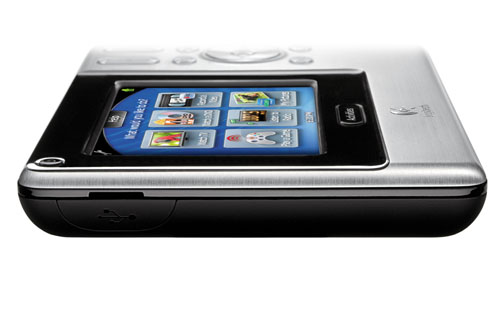