The night before the Capitol riots, I found myself sitting on a small sofa inside the offices of Linear Tube Audio in Takoma Park, Maryland. I had just spent an exhausting day travelling down from New Jersey; getting the kids organized in regard to school in our absence in the time of COVID-19 took far too much time.

I have one child in Israel, and two in school in New Jersey. School has been open so far in 2021 but we were knee deep in the Zoom thing for almost 7 months.

Fast forward to May and I am awake tonight filled with dread as my eldest huddles with other teenagers in a bomb shelter in Israel as hundreds of missiles explode over their heads at this moment over Tel Aviv.

I need a drink. And a vacation from all of the idiots on social media.

Music has been beyond important over the past 14 months.

I’ve always been fascinated by open baffle, and single-driver loudspeakers but 2020 was a very hard year to get anything for review and there were no shows after the NYC CanJam which is focused on headphones.

Spatial Audio and Linear Tube Audio have worked together for years on the trade show circuit and there is some serious synergy between their respective products.

Linear Tube Audio’s Z10 Integrated Amplifier is a very unique tube amplifier that only outputs 13 watts of power, but combined with the open baffle Spatial M3 Sapphire loudspeakers, the quality of the sound is genuinely jaw dropping in the right room.

Listening to a range of vocalists, I quickly forgot about everything else going on in the world. The midrange was beautifully fleshed out and every single performer was dead center in-between the loudspeakers.

The LTA/Spatial Audio combination was not set-up in a very large listening space but the soundstage was remarkably deep and wide.

Full-range single-driver loudspeakers have been around as long as the radio, and have been a niche within the audiophile world for many decades; the type of product that has polarized listeners who either love their coherency and tone, or who loathe them for a beaming quality at the frequency extremes.

Detractors bemoan their limitations when listening to heavy metal, large scale symphonic works, or bass-heavy electronica, but my experience suggests something else; It depends on the room, driver/cabinet implementation, and what you consider to be an acceptable listening level.

Over the past decade, brands such as Omega, Manger, Spatial, Zu Audio, and Voxativ have brought the category forward with advanced driver technology, but also a new aesthetic making them easier to place in the home.

Open baffle loudspeakers interact less with your room which makes them (even large loudspeakers like the M3 Sapphires) easier to set-up.

That being said, the Spatial M3s sound much more spacious if you can pull them 3-4’ from the wall behind them.

In regard to power, my experience tells me that while you can get away with 3-5 watts with some of these loudspeakers, the quality of those 3-5 watts better be very impressive.

The Spatial Audio loudspeakers need at least 8-10 watts at a minimum. The M3 Sapphires are also 4 ohm loudspeakers and they can handle a lot of power. I would not be afraid to drive them with a 50-watt amplifier.

The $4,500 Linear Tube Audio Z10 drove the M3 Sapphires quite easily in the small space and it’s a combination that I plan on listening to again.

If the LTA Z10 is outside your budget, there are some other alternatives that sound excellent with these types of loudspeakers.

Decware offer excellent tube amplifiers that sound phenomenal with these type of loudspeakers, and the prices are not unreasonable.

If the Spatial M3 Sapphires are out of your budget, you may want to consider the full-range driver loudspeakers offered by Omega Speaker Systems who are based in Connecticut.

“I built my first pair of loudspeakers when I was twelve years-old using a full-range single-driver designed for a car loudspeaker,” remarked Omega CEO, Louis Chochos

“There is something about their immediacy, and the effortless way that they communicate that made me decide to start a loudspeaker company in 2005. Full-range single-driver loudspeakers just sound more natural and reproduce the midrange in a way that connects you with the music.”

Omega Speaker Systems wouldn’t be the first loudspeaker company to use OEM off-the-shelf drivers, and its experience in that regard convinced Chochos that he needed to design and build his own.

“Our earliest models used Fostex drivers from Japan, but when you’re a small manufacturer and you don’t order thousands of drivers from a vendor with a lot of customers, you have very little say when it comes to the technical specifications of a driver,” remarked Chochos.

“To compete and offer something truly unique that people would want to buy, we had to design multiple drivers in different sizes, with both Ferrite and Alnico magnets, and even experiment with different materials like hemp before we were satisfied that our drivers would sound good.”

Loudspeaker design is an expensive endeavor; the largest manufacturers like Dynaudio, KEF, and Paradigm spend millions of dollars on R&D, before bringing new driver technology to market. For a small company like Omega, getting it right with its own proprietary drivers was key to building its name.

Full-range single-driver loudspeakers do not utilize a crossover as the single driver is attempting to reproduce as much of the frequency range as possible; putting even greater importance on the cabinet design and its influence on the overall sound of the loudspeaker. Omega might build excellent sounding drivers, but it does an even better job with its cabinets that are proprietary designs and not something you usually find at their respective price points. Chochos has been building cabinets for decades, and his attention to detail is evident in both the engineering and finish quality.

Every Omega model utilizes triple-layer construction, plus an additional finish veneer. Chochos prefers to use softwood MDF for the core, along with ladder bracing, and every cabinet is post formed (veneered after the cabinet is built), so all edges are hand chamfered, filed, and faceted. Chochos believes that customers are paying for the highest quality aesthetic, aside from just performance, so every Omega cabinet is veneered and finished on all sides.

Omega Speaker Systems offers a selection of two-way monitors, floor-standing towers, and subwoofers in a variety of finishes; including both EKO Teak, Olivewood, Ebony, and real hardwood veneers. The more expensive Super 8 XRS, Compact Alnico Monitor, Super 3 High Output Monitor, and Super Alnico Monitors can be ordered with furniture grade Maple, Walnut, Quartered Macassar Ebony, and Zebrawood veneers that would not look out of place in any room. Each Omega loudspeaker is made-to-order and Chochos is able to offer many wood finishes if the standard offerings are not exotic enough.

Full-range single-driver loudspeakers are easier to drive than conventional multiple driver loudspeakers, but they are also very sensitive to the quality of those watts. With a range of 92-97dB sensitivity, and impedances that rarely dip below 6 ohms, Omega’s loudspeakers can work with amplifiers between 2-50 watts; my listening experience suggests that 12-25 is the proper range in a medium-large room with jazz, pop, classical, and even electronica.

Tube amplifiers would be my preference with the Omega offerings, but Chochos is quick to suggest First Watt from Nelson Pass, and any other solid-state amplifiers with a warmer tonal balance as easy recommendations.

“Quality over quantity wins the day with any of my loudspeakers, and based on the success that my dealers have had with Leben, Unison Research, and Line Magnetic tube amplifiers, I think they work well with any electronics that emphasize tone, and immediacy,” replied Chochos.

That’s the beauty of the single-driver loudspeaker. The simplicity. It has less chance of imparting a character sonically or musically on the performance, tone, and dynamics of the recording. It’s very convincing when done properly,”

Once you go down the dark path with these types of loudspeakers, you may never return to anything else. 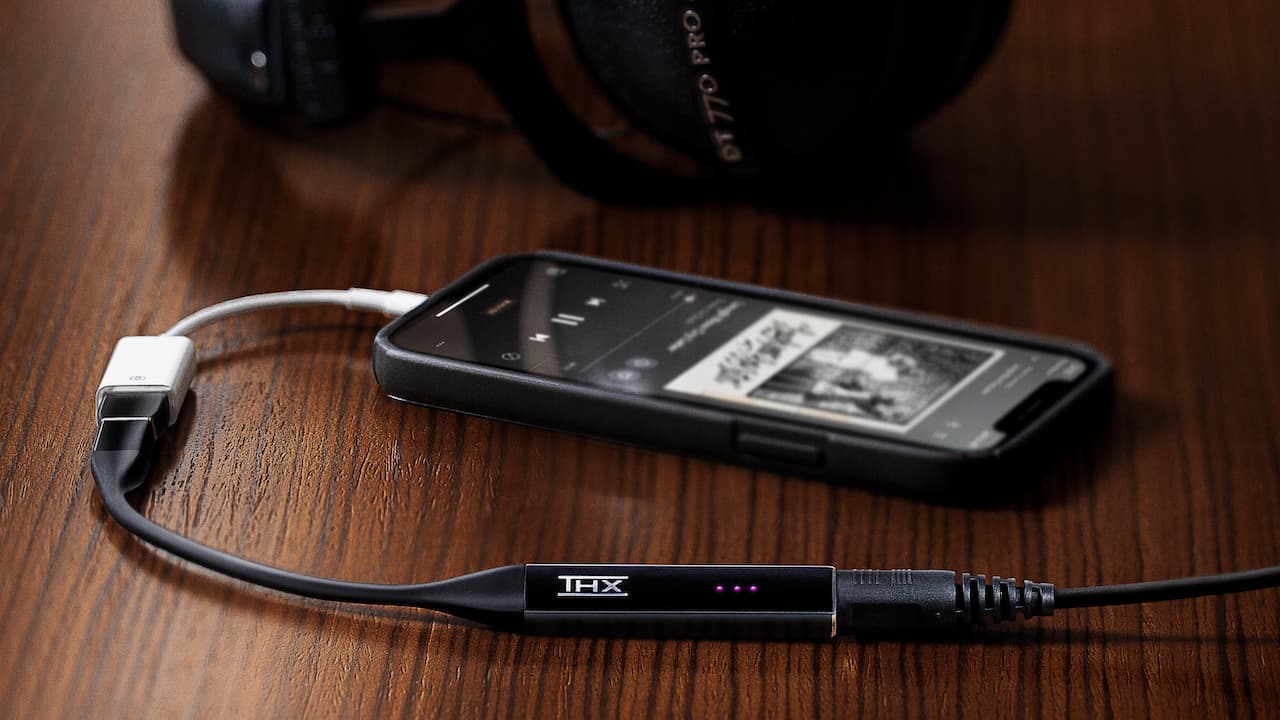 Apple Music's roll-out of its lossless music tier has been less than stellar. Making it work with the excellent THX Onyx Dongle DAC requires...