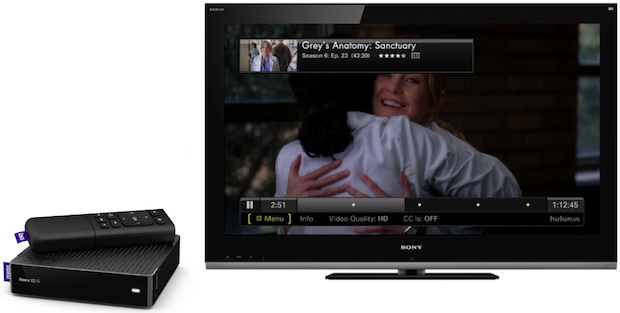 Hulu today officially launched Hulu Plus, the first and only internet video subscription service to stream full current seasons and a deep library of back seasons of hit TV shows from ABC, FOX, NBC, and more, in HD, to computers, internet-connected TVs and Blu-ray players, set-top boxes, mobile phones, and tablets, all for $7.99 per month.

Any users who subscribed during the preview period will also receive a credit for the difference from the $9.99/month preview price to be applied automatically to their next billing cycle. Starting today, all new subscribers to Hulu Plus receive a 1-week free trial.

Access Anywhere on Multiple Devices
Today, Hulu Plus will be available through a wide variety of devices that have an installed base of over 50 million in the U.S. No matter when and where a TV lover wants to catch the latest episode of House, Saturday Night Live, or Family Guy — whether it’s in the office, in the living room, or on the go — Hulu Plus is there:

HD-available programs will stream to users in 720p high definition on HD-capable devices. Hulu will continue to announce additional supported devices and platforms in the coming months.

The Hulu Plus library has grown by thousands of videos during its preview and will add more titles in the months to come.