Very few product surprise me nowadays. Sonarworks True-Fi software just happens to be one of them. But, before I get ahead of myself let’s break down the basics.

What is it?
Sonarworks True-Fi is an easy to install software download for Mac or Windows desktop or laptop PCs. It replaces the generic headphone audio driver with one that’s pre-calibrated to match 157 individual headphone models. Its only use case is to improve headphone listening from your computer. Any song you can play on your computer will work with it regardless of the music playback software (e.g. iTunes) or audio file format. 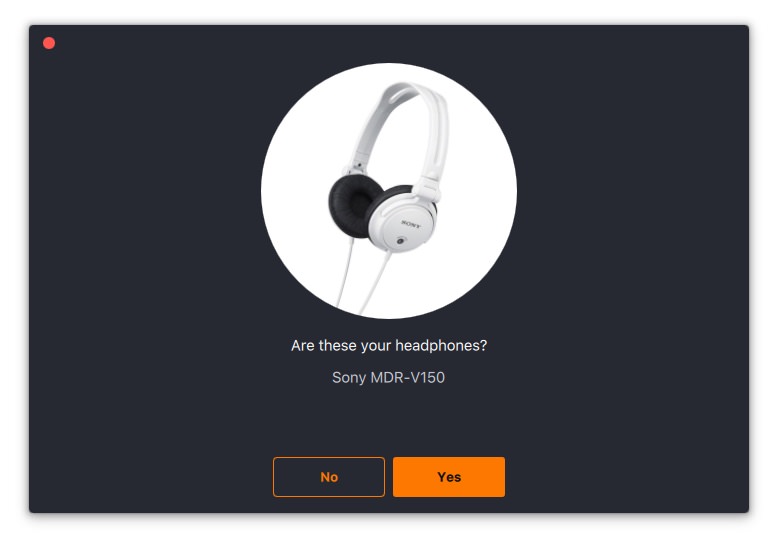 Who is it for?
It’s for headphone listeners that primarily use their desktop or laptop computer for music listening.

What does it do?
In short it makes your headphones sound dramatically better. Under the hood is a patent-pending equalization algorithm that corrects for the acoustic deficiencies specific to the headphone used. The software effectively flattens out the frequency response. In addition, preset personalization options can be turned on to account for common hearing differences by gender and age. A manual bass adjustment slider provides the final lever of control.

What you probably didn’t know?
Headphones from the same brand/model won’t always sound the same. There’s usually an “acceptable” variance in the manufacturing process, and that variance is likely to be greater in cheaper models, but not always. Of course, manufacturers want all their headphones to sound the same, but the reality is many don’t turn out that way. Because of this variance, Sonarworks individually tests every (supported) headphone to achieve a perfect calibration. You can buy headphones pre-calibrated from Sonarworks along with the True-Fi software, or you can buy the software separately and ship them your headphones (if they’re supported) for the same custom calibration. A third option is to just select your headphone from the software, and use Sonarworks estsimated (best guess) re-calibration.

My tests
I received two pre-calibrated headphones from Sonarworks. An $18 Sony MDR-V150 and the $100 Marshall Monitor. Immediately I connected them to my iPhone X (with lightning adapter), but out of the gate neither was impressive and that’s being nice. Somewhat perplexed, I wondered why Sonarworks wanted me to test their software with such mediocre headphones. That is, until I ran them through Sonarworks True-Fi on my MacBook Pro. 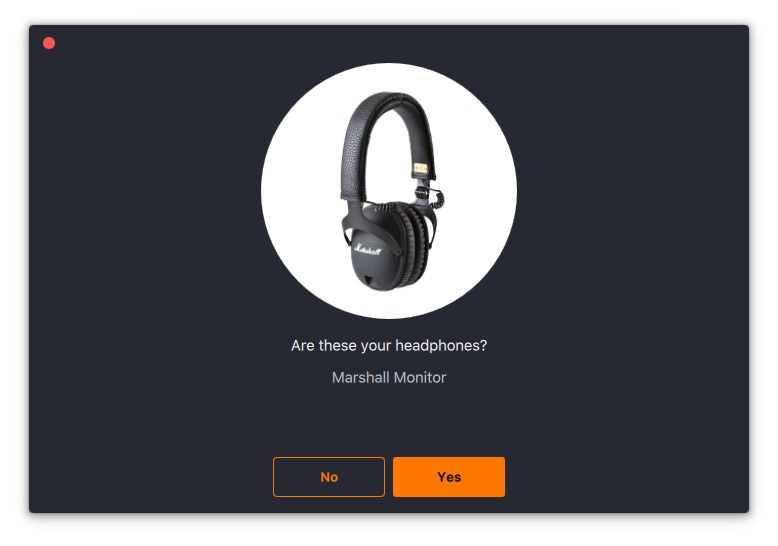 Next came a quick Sonarworks install, that included activating an individualized calibration ID for each headphone. Like magic, as if a veil was lifted, both headphones sounded not just a little better, but a whole lot better! Music that was muddy and distant before became clear and distinguishable. The difference was remarkable. Crisper highs, articulate mids, and distinct bass notes. It was seriously hard to believe. Not something I say lightly. In visual terms I’d compare the difference as great as the jump from standard definition TV to 4K. It was truly that much. 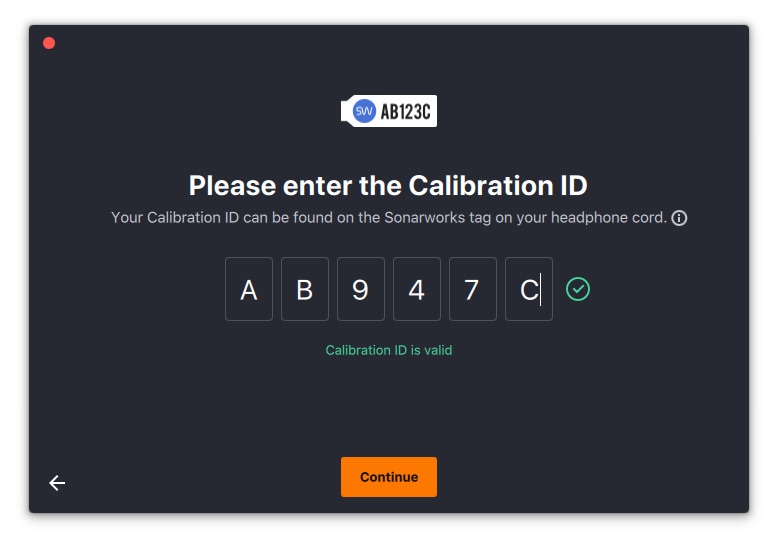 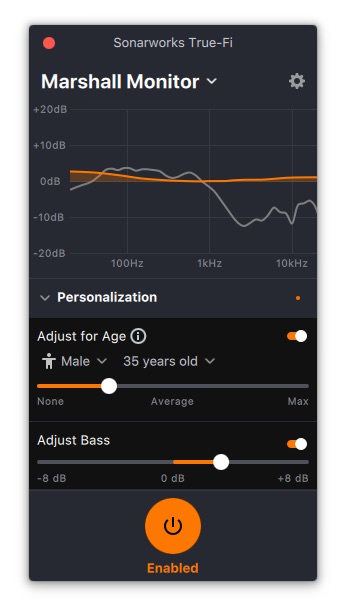 There’s a nice big “Enabled” button so you know everything is working. Clicking the button toggles True-Fi on/off.

Non-calibrated headphone tests
But what could the True-Fi software do with already good sounding, more expensive headphones? Luckily I had two $400 models hanging around from past reviews — the Master & Dynamic MH40 and the Oppo PM-3. It’s worth noting, these headphones were never calibrated by Sonarworks, but each are supported by the software and selectable from a drop down menu. Therefore the acoustic correction must be based on an estimation, seemingly a very good one. The improvement wasn’t nearly as dramatic as the cheaper models, yet still surprisingly noticeable and better! I began to realize there was no going back. Once you hear what Sonarworks True-Fi can do, you won’t be able to live without it.

One caveat
The bummer is Sonarworks True-Fi only works on a laptop or desktop PC / Mac. That’s means no smartphone app yet. Although I’m told an app is in the works. Until then, Sonarworks True-Fi is likely to remain a niche product for die-hard headphone fanatics that crave the utmost in audio fidelity.

The costs
$79 buys you Sonarworks True-Fi software, but calibration costs extra — at least $148, but up to $213 if the headphone has multiple listening modes such as wireless and/or noise-canceling options. Each mode must be calibrated separately, which accounts for the extra cost. Regardless, calibration is available via two methods. The fastest way (1-3 weeks) involves ordering pre-calibrated headphones direct from Sonarworks in Latvia. Otherwise ship Sonarworks a supported headphone you already own and they’ll return it with a calibration profile in 3-5 weeks. Remember Sonarworks is not tuning or changing anything inside any headphone. They’re providing a sonic upgrade that’s all done through software.

Conclusion
If you happen to already have one of the 157 supported headphones, Sonarworks True-Fi is definitely worth checking out. If you’re thinking of getting new headphones, I’d highly recommending choosing a supported model whether or not you purchase a pre-calibrated headphone direct. Headphone listening with Sonarworks True-Fi now seems like the only way to ensure you get all the value you paid for.

Editorial Disclosure
Sonarworks provided True-Fi software along with the Sony and Marshall headphones. At the time of publication, Sonarworks has never been an advertiser or has committed to becoming one. Neither myself, any family members, or anyone associated with ecoustics.com has any past, present or future financial interest with Sonarworks.