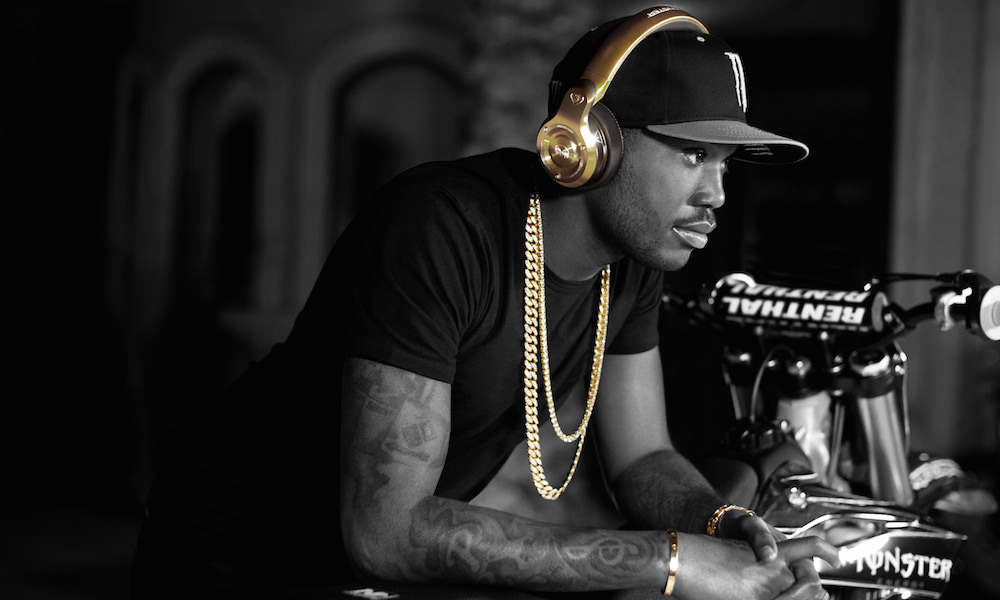 The Monster 24K headphones are the gold standard of gold headphones. These super-sized $300 over-ear headphones, inspired by Rapper Meek Mill, will surely get you noticed where ever you go. Did I mention they’re gold?

Since I knew Monster was the original designer of Beats headphones, I was expecting a headphone that would blow me away. Then I realized the Monster 24K’s are primarily high-end fashion headphones aimed at customers likely interested in Beats Studio over-ear wired headphones, which are priced the same. In trying out either headphone, you’ll notice they both have a  bass emphasized sonic signature. In the case of the 24K’s, the bass is tighter and less mushy than the Beats Studio. To most that is a good thing. However, due to the oversized nature of the 24K’s I was expecting head rattling deep bass, but they don’t go to that point.

I listened to a lot of pop and rap music with the 24K headphones, as I would expect most buyers would listen to the same. As an audiophile, I found the sound acceptable for such tracks. There was never a moment where they wowed me, but my criticism should be taken in perspective. I am not a fan of the current Beats Studio’s either. Meanwhile, my non-audiophile friends thought the 24K’s sounded fantastic. Not to mention they are so flashy, that everyone I showed them to wanted them.

Features
The Monster 24K headphones are quite large, and they actually make the Beats look small. The 24K’s include a ControlTalk universal cable with in-line mic for taking calls or switching music. Surprisingly, there is no volume control on the cable. The control button is placed very closed to the left ear cup, which was a bit cumbersome to reach. The right ear piece swivels to accommodate aspiring DJ needs. Finally, despite their name, they are not made of actual gold. 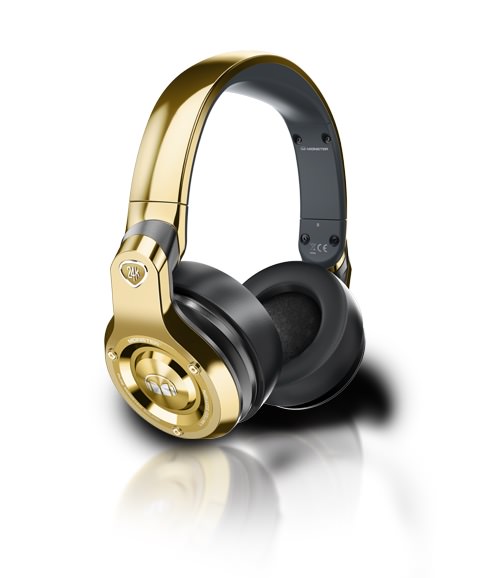 Comfort
The top of the headphones have nicely concealed padding, but the sheer weight of them put pressure on the top of my head when I wore them for extended periods. The ear cups are big enough to completely go over your ears, yet they don’t fit extremely tight so my ears never felt pinched.

Overall
I feel like Monster missed an opportunity to make a statement that their headphones are much better sounding than Beats. Although, I’d take the 24K’s in head-to-head comparison, there are even better sounding models in the $300 price range from Sennheiser, Audio-Technica, and Bowers & Wilkins. Yet, if it’s style you’re after, Monster offers six other lines of headphones in just about every color imaginable for any lifestyle, that are also worth checking out. However, if you absolutely love gold, then by all means bling it out!