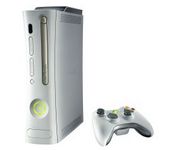 More than 4,500 retailers will open at 12:01 a.m. to sell the next-generation video game console.

REDMOND, Wash. – In less than 24 hours, gamers and adrenaline junkies alike will converge on thousands of retail outlets to be among the first to purchase the Xbox 360™ next-generation video game and entertainment system from Microsoft Corp. Droves of dedicated fans are expected to line the streets as more than 4,500 retailers open their doors at 12:01 a.m. to answer the demand for the Xbox 360 console and 18 launch games, including Perfect Dark Zero™, Project Gotham Racing 3 and Kameo: Elements of Power™, from Microsoft Game Studios.

“The debut of Xbox 360 marks one of the biggest consumer launches in Microsoft’s history,” said Robbie Bach, president of the Entertainment and Devices Division at Microsoft and chief Xbox officer. “With its sheer power, portfolio of graphically stunning games, rich online capabilities, and features for enjoying music, movies and photos, Xbox 360 delivers integrated digital gaming and entertainment experiences that simply can’t be matched.”

More than 4,500 retailers will be holding midnight madness events. Best Buy, Microsoft’s retail partner for Xbox 360 launch events, also will open all its U.S. stores at 9 a.m. on Nov. 22. “Xbox 360 takes our customers’ gaming experience to new levels,” said Jill Hamburger, vice president of games at Best Buy. “Walk into any of our stores and you’ll feel the excitement — it’s a complete entertainment solution.”

The excitement is already being felt around the globe. More than 3,500 gamers from around the world descended on an Xbox 360 oasis in California’s Mojave Desert last night to celebrate the arrival of Xbox 360 at an exclusive launch party called Xbox 360: Zero Hour. Attendees are now engaged in more than 24 hours of Xbox 360 gameplay and tonight will have a chance to buy the console, launch games and gaming peripherals on site from Best Buy.

Xbox 360 festivities will continue as the system launches Dec. 2 in Europe and Dec. 10 in Japan.

About Xbox and Xbox 360
Microsoft revolutionized the gaming industry with the November 2001 launch of Xbox (http://www.xbox.com), its first-generation video games and entertainment system, now sold in 26 countries around the world. This holiday season Microsoft debuts its next-generation system, Xbox 360, in Europe, Japan and North America, to be followed by availability in Australia, Colombia, Hong Kong, Korea, Mexico, New Zealand, Singapore and Taiwan in 2006. Xbox 360 is the most powerful video game and entertainment system ever created, delivering the best games, the next generation of the premier Xbox Live online gaming service, and unique digital entertainment experiences that revolve around you.