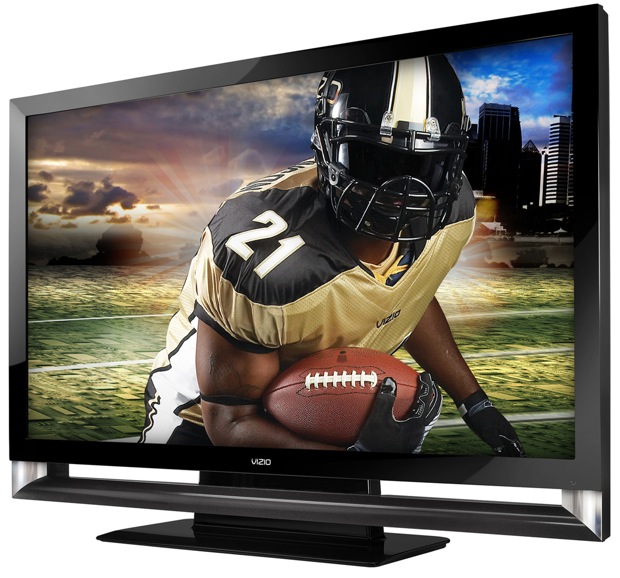 “VIZIO’s 2009 line of LCD HDTVs advances our mission to deliver the most advanced video and audio technologies to our customers with unequalled value and style,” says Laynie Newsome, VIZIO Co-Founder and VP Sales and Marketing Communications. “Our customers have come to expect superior performance and design from VIZIO, and this new line has unprecedented value in every screen size.”

All models have superior audio, thanks to SRS Labs Technology with TruSurround HD™, which enhances clarity and produces surround sound without external speakers, and TruVolume™, which eliminates annoying volume fluctuations when switching channels or when commercials come on and off.


HDTV Value in Every Size
With screen sizes ranging from 19″ to 32″, VIZIO’s “E” series HDTVs provide incredible value in small to midsized packages with stylish white or black piano colored bezels. Many of these sets offer Full HD 1080p performance, and all utilize SRS Labs’ TruSurround technology to provide superior audio. Some models feature VIZIO’s EcoHD™ technology, which lowers energy consumption as much as 20% below Energy Star 3.0 standards.

About VIZIO
VIZIO, Inc., “Where Vision Meets Value,” headquartered in Irvine, California, is America’s HDTV Company and Consumer Electronics Company. In 2007, VIZIO skyrocketed to the top by becoming the #1 selling brand of flat panel HDTVs in North America and became the first American brand in over a decade to lead major categories in U.S. TV sales. Since 2007 VIZIO HDTV shipments remain in the TOP ranks in the U.S. and are again #1 in Q1, 2009 with over 20% market share. VIZIO is committed to bringing feature-rich flat panel televisions to market at a value through practical innovation. VIZIO offers a broad range of award winning Plasma and LCD HDTVs including the new XVT series. VIZIO’s products are found at Costco Wholesale, Sam’s Club, Sears, Walmart, Target, BJ’s Wholesale, and other retailers nationwide along with authorized online partners. VIZIO has won numerous awards including a #1 ranking in the Inc. 500 for Top Companies in Computers and Electronics, Good Housekeeping’s Best Big-Screens, CNET’s Top 10 Holiday Gifts and PC World’s Best Buy among others. For more information, please call 888-VIZIOCE.
You Are Here