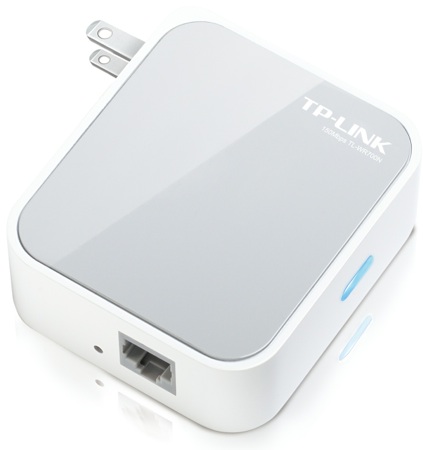 TP-LINK announced a 150Mbps Wireless N Mini Pocket Router (TL-WR700N) which can be used to create an instant Wi-Fi hotspot by plugging in an Ethernet cable from your existing network or modem. It is a smart solution to efficiently expand your wireless network for the use of Wi-Fi enabled laptops, mobile phones, tablets, game consoles and more. The Mini Pocket Router operates as an Access Point to create a Wi-Fi hotspot from a wired source. It also functions as a Wireless Router, Range Extender or Wireless Bridge. The stylish cube design is small enough to fit into your pocket and plugs right into an electrical outlet without the hassle of using a power cord.

TL-WR700N is small enough to put into your pocket and take on the road to share the Internet. When your hotel only offers a wired network connection, just plug the network cable into the TL-WR700N and enter the default password to enjoy the convenience of wireless networking in your hotel room.