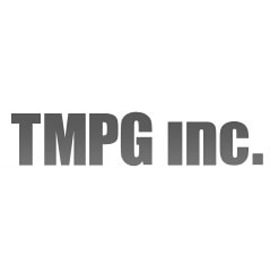 New Drag and Drop Software Makes It Easy to Enjoy Video Clips Virtually Any Time, Any Where

TMPG, the company that makes digital video easy, has added TMPGEnc MovieStyle to its software lineup. It allows users to easily convert video clips for use on 11 popular digital devices from portables such as the iPod and PSP to full HD devices such as Sony’s Playstation 3. The free trial will be available for download on March 27th. The full retail version will be available shortly thereafter at $39.95 per license.

“More and more, people are using digital devices to watch their favorite video clips, whether it’s portable devices or video game consoles,” remarked Kimi Matsuki, TMPG CEO. “With MovieStyle, users can easily convert video clips for these devices without any video encoding knowledge. That means users of any age, experienced or inexperienced, can use this software to convert video for portable or HD devices. We like to say, MovieStyle: your movies, your digital lifestyle.”

A number of time saving features are also included. The Quick Encode feature allows users to convert video clips without opening the MovieStyle application. To start converting, simply right-click on the video clip and select the desired digital device from the drop-down menu. The Drop Folder feature lets users specify a folder for MovieStyle to monitor. When a video clip is saved in the folder, MovieStyle will automatically convert it for the user-specified digital device.

Other features allow users more control over the converting process. The Cinema Mode option converts the video to 24 frames per second. For PSP users, the PSP Overdrive option takes advantage of the PSP LCD driver characteristics to improve video display quality. Users can also enable Karaoke Mode, which cancels out vocals from the audio track, and use the Pitch Changer settings to alter the audio pitch. The Audio Only option (not available for all devices) can convert video into an audio file.

For users short on time, the Time Stretch feature can convert the video to play at up to 1.5 times the normal speed, complete with fully understandable audio, allowing users to view a 1 hour video in approximately 40 minutes. Conversely, Time Stretch can also be used to convert the video to play up to 50% slower, making a 1 hour video into an approximately 2 hour video. This may be valuable for users who are learning a new language and need to study pronunciation and sounds.