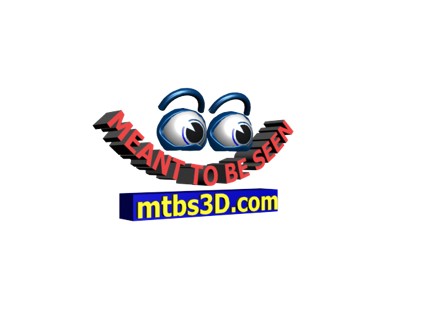 Meant to be Seen (mtbs3D.com), the world’s first and only stereoscopic 3D certification and advocacy group, is proud to announce TDVision Systems Inc. as a valued addition to their sponsorship team.

Stereoscopic 3D (S-3D) refers to media that displays images with true volumetric depth through the assistance of special monitors, projectors, glasses, and head mounted displays. With characters and explosions popping out of home screens, and scene depth so real that players want to reach inside, this technology gives an exciting thrill to video games, and is quickly becoming the equipment of choice for avid gamers.

Non-proprietary and independently run, MTBS represents the interests of both S-3D solutions and consumers by encouraging programming standards in the game development industry, determining video game compatibility with the technology, and growing a valuable online community of passionate gamers.

“In just over seven months, MTBS has earned over 1,700 registered members, nearly 3,500 forum posts, and over 6,000 unique visitors a month. For MTBS to further its goals, we needed the cooperation of additional leading manufacturers to jointly build leverage and move the industry forward. We couldn’t ask for a better addition than TDVision Systems Inc.,” said Neil Schneider, President & CEO of Meant to be Seen.

“A few years ago when TDVision started development, there was virtually no support for stereoscopic 3D from game companies and hardware manufacturers. Now in 2007, MTBS is actively promoting the mass adoption of S-3D gaming technology by letting gamers’ voices be heard, encouraging positive change in the industry, and creating influence where there was none before. MTBS is clearly working! Gamers from all over the world are asking for hardware support and best practice 3D coding standards from game developers, and this is a positive and trend setting way of doing things,” explained Manuel Gutierrez Novelo, President & CEO of TDVision Systems Inc. “While our main goal is to move S-3D forward, mtbs3D.com is a place for all gamers. We have all kinds of discussion forums, game servers, voice chat services, downloads, and more,” Schneider explained.