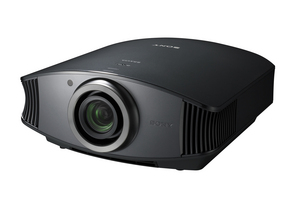 Both projectors can accept an external anamorphic lens (sold separately) that, when paired with Sony’s Anamorphic zoom mode, allows users to watch movies in their native aspect ratio of 2.35:1. Specifically designed with the custom installation market in mind, the projectors are also equipped with a panel alignment adjustment function that aligns each red, green and blue pixel for precise images.

The VPL-VW200 projector also has new high frame rate SXRD (120 FPS) panels and offers three motion compensation modes. These enable users to adapt performance based on content for the best possible motion reproduction and picture quality with moving images. The model also features a Carl Zeiss Vario-Tesar lens optimized for SXRD, supports x.v.Color™ technology via HDMI™, and adds a high output pure Xenon lamp that maintains the ideal color temperature characteristics of red, green and blue for accurate color display. Additionally, the unit is equipped with an Ethernet input allowing for set up and control of the projector from a PC through the Internet.

The new VPL-VW200 and VPL-VW60 models feature all-digital video signal processing via the BRAVIA Engine™ with its unique algorithms for noise reduction and color enhancement to deliver sharp, vibrant images.