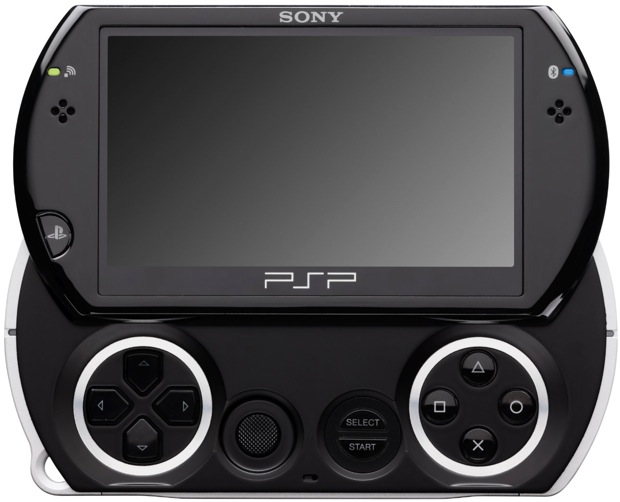 With an Ultra-Portable Design and Digital Content Focus, PSPgo to Hit the Worldwide Market This Fall

Sony Computer Entertainment Inc. (SCEI) today unveiled PSP (PlayStationPortable) go (PSP-N1000), a new evolution of PSP handheld entertainment system, specifically designed to suit the digital lifestyle of consumers who enjoy downloadable content on the go. PSPgo will become available in stores on October 1, 2009, in North America, Europe/ PAL territories and Asian countries and regions at a recommended retail price (RRP) of US$249 and euro 249, and on November 1, 2009, in Japan at a RRP of 26,800 yen (including tax). With both the existing PSP-3000 and new PSPgo, the company will further enhance the ultimate gaming and entertainment experiences on the go while providing consumers with the opportunity to choose the PSP system that’s right for them. 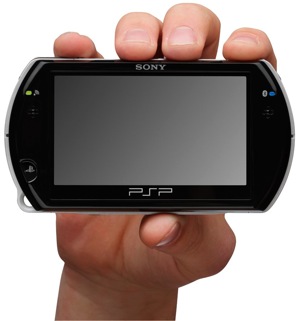 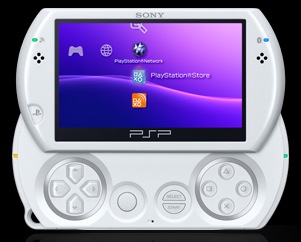 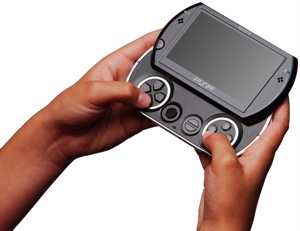 PSPgo is ideal for today’s on-the move consumers who prefer not to carry around disc-based content and are looking for on-demand entertainment. With the steady expansion of broadband network infrastructure, the number of users who download and enjoy digital entertainment content has been increasing remarkably. To address this growing trend, PSPgo replaces the UMD drive1 with 16GB of flash memory to store a variety of digital entertainment content, offering users unlimited possibilities of portable digital entertainment delivered through PlayStationNetwork. PSPgo, smaller and lighter than ever with a sophisticated design featuring an easy sliding display panel, is truly pocket-sized and can be taken everywhere. PSPgo will be available in Piano Black and Pearl White2, two of the most popular colors since the launch of the PSP system in 2004. Along with PSP-3000, PSPgo will further enhance the unmatched portable gaming and entertainment experience by offering users more opportunity to enjoy their favorite entertainment content such as games, videos, music and photos anytime, anywhere.

In order to meet the needs of the growing number of PlayStationNetwork users looking for digital entertainment content, SCE along with third party developers and publishers will continue to enhance the content line-up within PlayStationStore for the launch of PSPgo, scheduled this fall. More and more new and attractive titles will become available for download from PlayStationStore as well as on UMD. This broad content offering across all genres includes new games, free-demos, PS one classics for PSP, add-on items for game titles, and trailers.

In addition to accessing PlayStation Store directly from PSP using the built-in wireless LAN (Wi-Fi) feature or through the PLAYSTATION3 (PS3) computer entertainment system, users will also be able to access and download a variety of entertainment content via their PCs using Media Go3, a new software application. Media Go will enable users to access and download entertainment content on PlayStation Store via their PCs as well to easily manage PSP content on PCs, including games, videos, photos, and music. This easy to use software application will be available on a CD-ROM bundled with PSPgo.

Also this fall, a new music application specific to PSP that uses the “SensMe™ channels”4 music recommendation feature, developed by Sony, also becomes available for download on PSP. With this music application, users will be able to enjoy their favorite music stored on their PSP through a rich user interface, designed exclusively for PSP. “SensMe channels” is a mood based music recommendation system that categorizes music content into channels such as “Relax,” “Dance” and “Upbeat,” and recommends music playlists for users.

With the introduction of PSPgo, SCEI will continue to vigorously expand PlayStation Network’s digital content and services and build a stronger software line-up along with various marketing measures that match each region, while creating the world of computer entertainment only available on the PlayStation platforms.

*Design and specifications are subejt to change without notice.