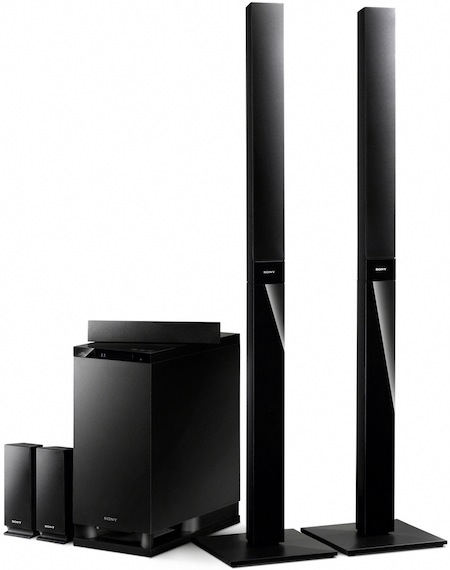 Sony Europe has just announced the HT-AF5 home cinema speaker system. It uses the same slim, compact speakers as the HT-AS5, but adds tall floorstanding front left and right channels for an even bigger sound.

The HT-AF5 pair of taller speakers for the front left and right channels gives a bigger sound more suited to larger rooms. The speakers can be used wall-mounted or on the floorstands supplied.

Price has not been announced.