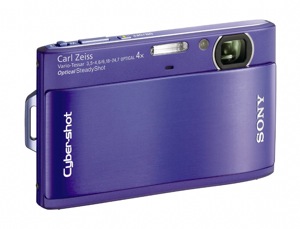 “With these new “Exmor R” CMOS sensor cameras, Sony has vastly improved the customer experience for taking pictures with digital still cameras in low-light scenarios,” said Phil Lubell, director of the digital imaging business at Sony Electronics. “We’ve all taken pictures in dimly lit situations, like blowing out candles on a birthday cake, and the results were grainy and unclear. By redesigning the way these cameras capture light, Sony is leading the industry by creating this easy way to take amazingly clear, vibrant photos in low lighting scenarios.” 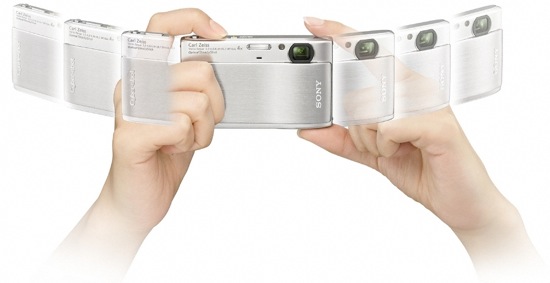 Combining the “Exmor R” technology with hand-held twilight and anti-motion blur modes delivers a breakthrough in low-light photography. Users can now capture images of stunning detail and low noise in scenes with no more than candlelight–without flash or the need of a tripod.

Innovative Sweep Panorama™ and High-Speed Shooting
In addition to their breakthrough low light performance, these new cameras also include Sony’s Sweep Panorama and 10 frames per second burst shooting features, which were introduced with the Sony DSC-HX1 camera. The TX1 and WX1 cameras offer these features in smaller, more compact bodies that match nearly any unique style.

Capturing wide landscapes is as easy as “press and sweep.” Sweep Panorama mode lets you reach beyond the traditional wide-angle lens and capture breathtaking shots. Using the high-speed “Exmor R” CMOS sensor, the cameras shoot continuously while you sweep across the scene. Using the BIONZ imaging processor, they automatically stitch the pictures together to create one stunning panoramic photo.

The TX1 and WX1 Cyber-shot models can take up to 185 and 256-degree panorama shots respectively in one easy press-and-sweep motion with an image size of 7152 x 1080 (ultra wide horizontal).

Advanced Technology and Compact Design
While the HX1 camera is a well-rounded solution for customers who are looking for high-zoom and speed in a smaller size than a DSLR, the TX1 and WX1 cameras are made for an audience that wants advanced technology in an even more compact design.

With its slim profile of just 16.5mm, the 10.2 mega-pixel TX1 offers streamlined, distinguished curves for a sophisticated look appealing to the fashion-oriented who are also looking for great performance. This model features a new operation on the touch panel that lets you scroll through images with an effortless “flick” of your finger and directly access menus on the 3-inch Clear Photo LCD Plus™ display.

With a Carl Zeiss Vario-Tessar lens, the TX1 camera lets you focus as little as 0.4 inches from your subject for extraordinary close-up shots. The 4x telescopic zoom is perfect for capturing far-away subjects, and Sony’s Optical SteadyShot™ image stabilization helps overcome camera shake. 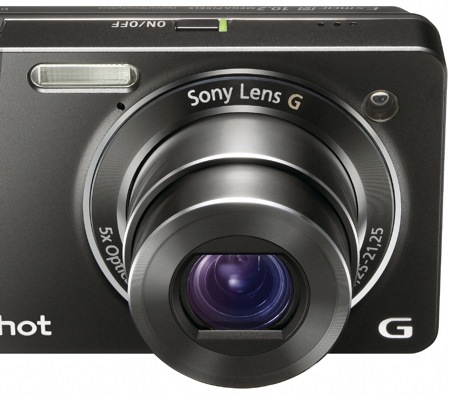 The 10.2 mega-pixel WX1 camera has a 2.7-inch Clear Photo LCD Plus display and is just over three quarters of an inch thin–an ideal choice for DSLR owners who also want to carry a compact, high performance digital still camera.

The WX1 camera features a Sony G lens with an extraordinary wide angle 24-120mm 5x optical zoom. This lens’ f/2.4 maximum aperture offers nearly twice the light gathering capability of conventional lenses, and works together with the “Exmor R” imager and low-light shooting modes to provide low-light photography beyond the abilities of other compact cameras. 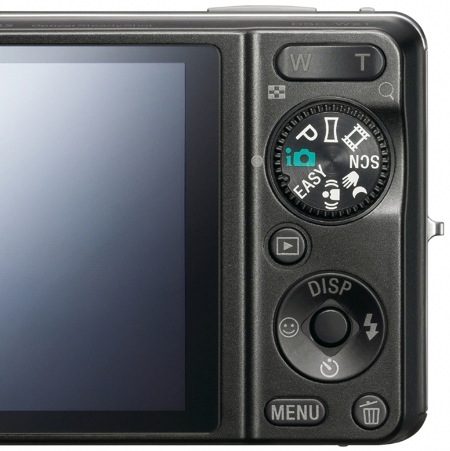 With HD video capability, these cameras record HD movies in 720p high definition MPEG4 format for stunning large-screen home movie playback. You can record up to 29 minutes (or up to 2GB file size) in 720p format.