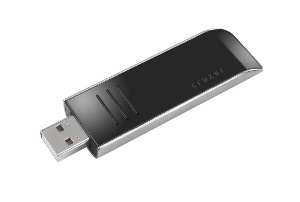 Cruzer Contour’s Unique Slider Brings Out and Hides the USB Connector, With High Capacity, Fast Transfer Rates and Strong Security on the Inside

SanDisk Corporation (NASDAQ:SNDK) today announced availability of Cruzer Contour™, a sleek USB flash drive that brings together high-end design and blazing speed. Much like a fine wristwatch, Cruzer Contour is a luxury personal accessory as well as a piece of functional technology.

What especially sets apart Cruzer Contour, with its glossy black top and silver metallic body, is the drive’s unique sliding USB connector. Using a thumb to slide the top of Cruzer Contour back and forth brings out or hides the connector. There’s no visible switch, and no cap to lose.

“Cruzer Contour is a showpiece of innovative design, bringing a new look to the category of USB flash drives,” said Roy Ramati, vice president of marketing for the USB business unit at SanDisk. “And the beauty here is more than skin deep, with Cruzer Contour’s expansive storage capacity, fast data transfer, strong security and generous bundle of pre-loaded software.”

Pricing and Availability
Cruzer Contour became available in the United States in mid-June, and will become available in Asia in early July and in Europe in August.