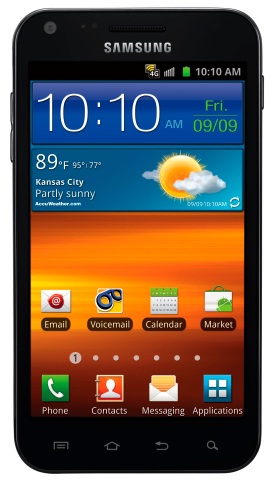 Samsung announced its Galaxy S II smartphone will be available with AT&T, Sprint and T-Mobile starting this fall. The U.S. launch follows the successful debut of the Galaxy S II in Europe and Korea, where consumers bought 5 million smartphones in 85 days, making the device Samsung's fastest selling smartphone ever. The next generation Galaxy S II portfolio packs industry-leading hardware and software and the latest version of the Android smartphone platform into each device. The Galaxy S II portfolio is highlighted by Samsung's own Super AMOLED Plus display technology, a powerful dual core application processor and a robust array of entertainment, messaging, social networking and enterprise experiences.

The three smartphones within the Samsung Galaxy S II portfolio are designed with an ultra-thin form factor and brilliant 4.52-inch Super AMOLED Plus touchscreen. Each are enabled with 4G service for fast connectivity speeds and dual core processors for seamless web surfing, console-like game play and rapid content downloads. In addition, all feature six-axis motion sensing using an accelerometer and gyroscope that support advanced touchscreen gestures, including motion to zoom in on images, silence a ringing phone, and even move widgets on the menu screens.

Price and Availability
Sprint will call their version of the phone the Samsung Epic 4G Touch and they will be the first to launch on September 16, 2011 for $199.99 (with two-year agreement). Also see Wirefly or Amazon for a better price.