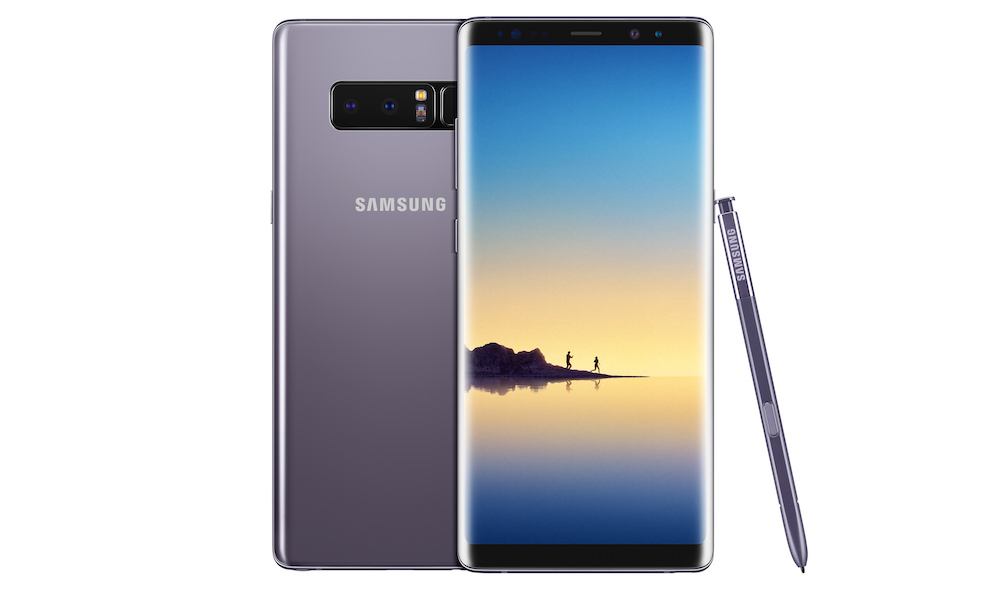 On August 23, 2017 Samsung announced the Galaxy Note8 smartphone, the successor to the recalled Note7 that you may remember could self combust. The Note8 fixes those problems, and grows bigger, more powerful, and more expensive. You might think of it as the slightly larger version of Samsung’s Galaxy S8+ (6.3″ vs. 6.2″ screens), released only four months ago. However, Note8 adds two more tricks 1) compatibility with S Pen for note taking or drawing on the screen; and 2) an upgraded camera with dual lenses.

The Galaxy Note8 has the biggest screen ever on a Note device, yet its narrow body makes it comfortable to hold in one hand. The 6.3-inch Quad HD+ Super AMOLED Infinity Display lets you see more and scroll less. The Galaxy Note8 gives you more room to watch, read and draw for multitasking. 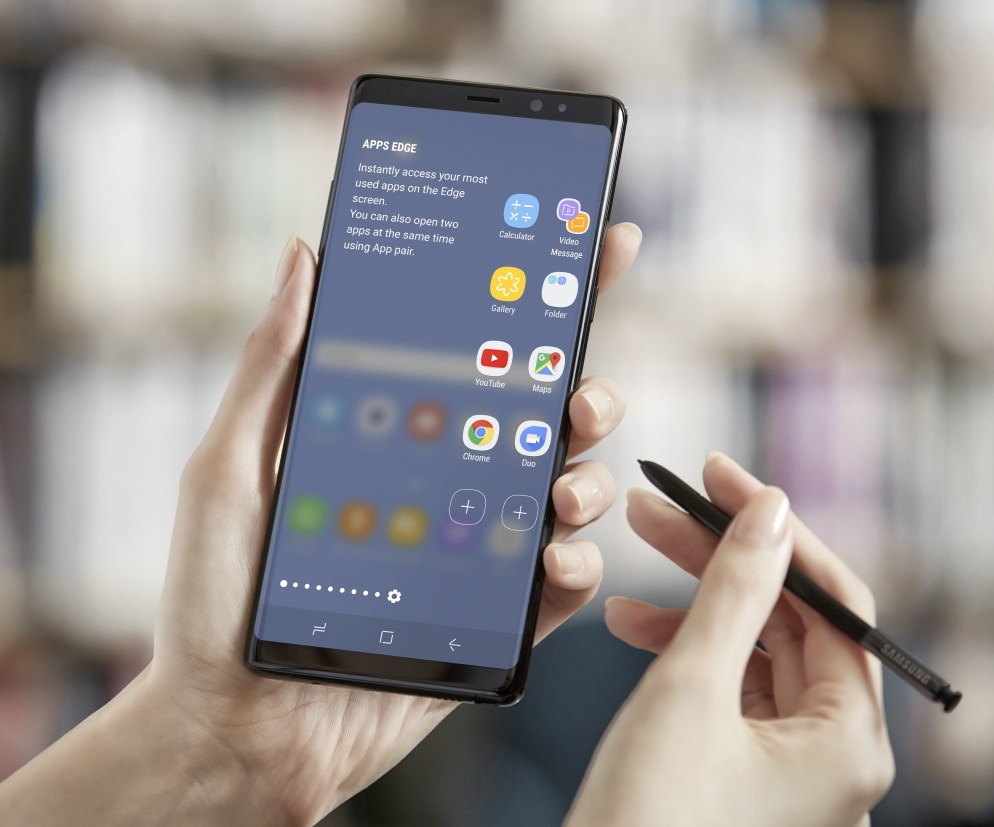 With Galaxy Note8, Samsung has made multitasking even easier with the new App Pair feature, which lets users create a custom pairing of most apps on the Edge panel that will simultaneously launch two apps in Multi Window mode. Watch a video while messaging your friends or dial into a conference call with the number and agenda in front of you.

With the new Note8, the enhanced S Pen includes a finer tip and improved pressure sensitivity, unlocking new ways to write, draw and interact with the phone and communicate with others. 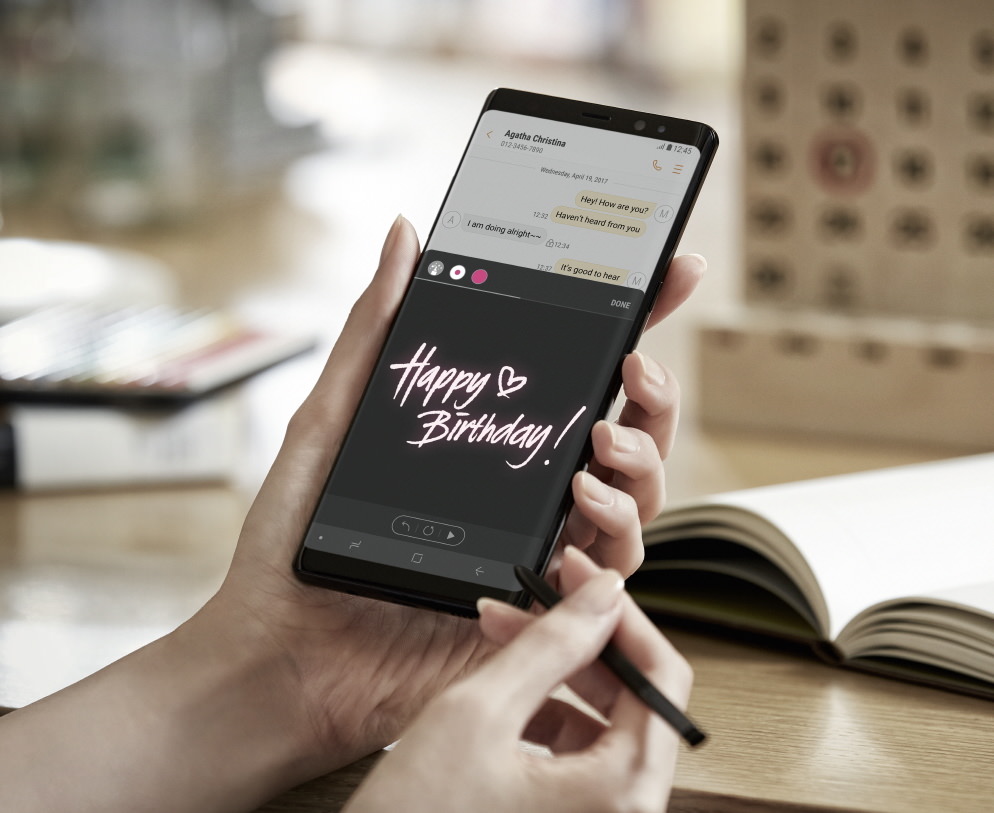 When communicating via text just isn’t enough, Live Messages allows you to reflect your unique personality and creative vision. With Galaxy Note8, you can now handwrite a message, add special effects and share it as an animated GIF on several popular messaging and social apps. It’s a whole new way to communicate with the S Pen—adding lively and emotional connections that bring your messages to life.

For occasions when you travel abroad or come across a website in a foreign language, the improved Translate feature of the S Pen lets you hover over text to quickly translate not only individual words, but entire sentences, into 71 languages and instantly convert units and foreign currencies. 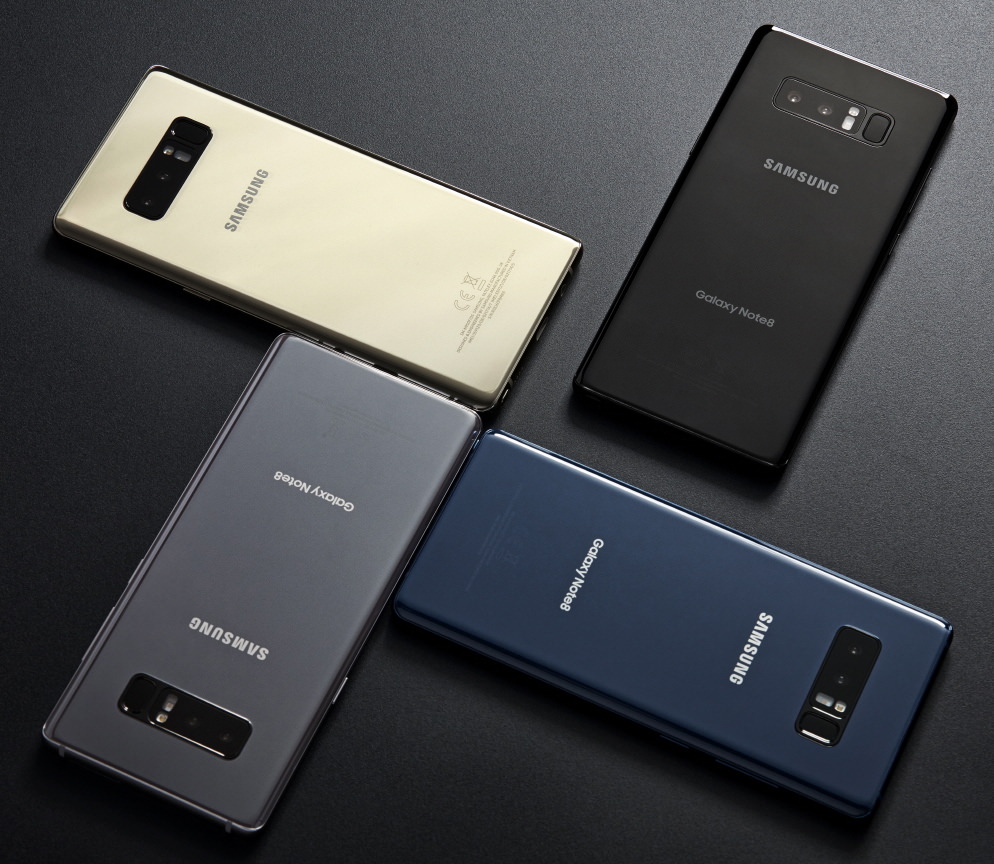 Galaxy Note8 includes Samsung’s most powerful camera yet.  Note8 is the first smartphone with two 12MP rear cameras with Optical Image Stabilization (OIS) on both the wide-angle and telephoto lenses. Meanwhile, its Live Focus feature lets you control the depth of field by allowing you to adjust the bokeh effect in preview mode and even after you take the photo. In Dual Capture mode, both rear cameras take two pictures simultaneously — and you can keep both images: One close-up shot from the telephoto lens and one wide-angle shot that shows the entire background.

The wide-angle lens has a Dual Pixel sensor with rapid auto focus, so you can capture sharp and clear shots even in low-light environments. The Galaxy Note8 is also equipped with an 8MP Smart Auto Focus front-facing camera for sharp selfies and video chats.

In the U.S., the Galaxy Note8 will be available in Midnight Black and Orchid Gray (64GB Unlocked) for $929 beginning September 15, 2017, and can be pre-ordered now through carriers including: AT&T, C Spire, Cricket Wireless, Sprint, Straight Talk Wireless, T-Mobile, U.S. Cellular, Verizon Wireless and Xfinity Mobile or via retail at Samsung.com, Best Buy, Target and Walmart.

Consumers who purchase a Galaxy Note8 between August 24, 2017, and September 24, 2017, get their choice of a free Samsung Gear 360 camera ($229.99 retail value) or a free Galaxy Foundation kit with Samsung 128GB EVO+ memory card and Fast Wireless Charging Convertible ($189.98 retail value). The promotion will last for a limited time and only while supplies last. Terms and conditions apply. Visit samsung.com/us/promotions for more information.

The Galaxy Note8 will also be compatible with the new Gear VR with Controller, which will be available for pre-order starting August 24 at Samsung.com, Amazon.com and Best Buy, as well as AT&T, Sprint, Verizon and US Cellular. The new Gear VR with Controller will go on sale starting on September 15 for $129.99 at these retailers, plus T-Mobile and other select national retailers.

Samsung Galaxy Note8 — This is the Samsung you're looking for

Phone Scoop3 years ago
You Are Here