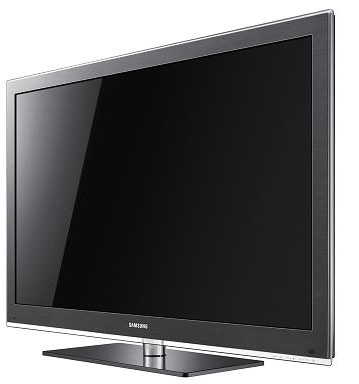 Samsung just unveiled its new portfolio of ultra-slim Plasma HDTVs with the 8000, 7000 and 6500 Series. Each provides technologies that deliver exceptional picture quality, advanced connectivity with the updated Internet@TV feature and compliance to revised EnergyStar 4.0 standards — all in a slim form factor. Additionally, the premium plasma TV line (8000 and 7000 Series) includes Samsung’s proprietary built-in 3D processor that adds a new dimension to TV viewing at home.

In order to ensure that consumers get the entertainment experience that best fits their tastes, the Samsung Plasma 8000 Series comes with a calibration mode that allows them to adjust key picture quality aspects for optimized viewing. The TVs are also equipped with Samsung’s CinemaSmooth™ technology for playback of 24fps Blu-ray content mirroring the quality of the latest movie theaters.

The upgraded Internet@TV feature now includes Samsung Apps, providing consumers with an expanded, easy to navigate selection of content and applications from leading services like Accedo Broadband, AccuWeather.com, The Associated Press, Blockbuster, Fashion TV , Netflix, Picasa, Pandora, Rovi, Travel Channel, Twitter, USA TODAY, and Vudu. Applications can be downloaded and viewed all while watching TV. The first batch of TV apps will launch in the spring free of charge, while premium apps will be available for purchase via the engine’s monetary transaction solution in the summer of 2010. 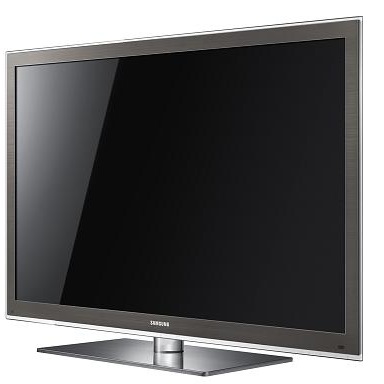 The Samsung Plasma HDTV 7000 Series brings the high-quality of plasma displays and the immersive experience of 3D entertainment in a slim, brushed black bezel designed to delight entertainment enthusiasts. This ultra-slim TV comes equipped with a wealth of immersive viewing technologies and picture enhancing technologies, including Samsung’s Clear Image Panel technology which delivers clear images from every angle without the dual images and blurring typically found with conventional panels. It also features High-Definition 3D Processing and Internet@TV connectivity.

In particular, Samsung’s built-in 3D processor was developed to comply with major 3D formats including the recently ratified “Blu-ray 3D” standard. In addition, Samsung’s 3D system delivers a picture using a full color spectrum for an unbelievable, immersive viewing experience. Along with the company’s 3D Blu-ray player (BD-C6900) and active shutter glasses, Samsung offers a complete solution allowing consumers to bring the 3D theater experience home. The processing can even be applied to broadcast TV, gaming content and legacy DVDs to automatically convert 2D viewing into 3D in real time. If you’re not in the 3D mood, you’re back to watching one of the best quality HDTVs on the market with the push of a button.

“Samsung has raised the bar for the plasma TV marketplace by providing exceptional picture quality in a slim and energy efficient package,” said Sung-ho Jun, Senior Vice President of Visual Display Division at Samsung Electronics. “With select models also including 3D capabilities and Web-enabled multimedia access, Samsung’s promise to create products that evolve with the needs and desires of our customers is reflected in our new 2010 plasma TV lines.”