With the success of their 8-inch models, this year PSB introduces a complete line of 6-inch models to expand their CustomSound in-walls including the CW363, a 3-way system with a unique waveguide system, the CW262, a 2-way design, the CW260, a unique full range speaker for surround applications and the versatile CW160R/CW160S.

“It is our intention to be a leader in custom installation with the traditional PSB attributes of great sound quality and value, “ says David Smith, Director of Product Development for PSB. “Designing a loudspeaker without sonic compromise, at a reasonable price, and meeting the demands of how customers want their sound equipment to blend into the decor is a challenge. But we have risen and surpassed that challenge with these new CustomSound products.“

CW363
The CW363 is a 3-way system with a 6.5-inch woofer, a 3-inch midrange and 1-inch tweeter. The midrange and tweeter assembly rotates so that the system can be used horizontally or vertically. Additionally, the tweeter is mounted on the proprietary SonicGuide that swings 30 degrees in either direction. The SonicGuide is designed for the proper amount of directivity and optimized to give good response whether aimed straight out or canted full left or right. In the extreme left and right positions, the SonicGuide nests flush in the sidewalls of the baffle to further improve frequency response. Both the tweeter, housed in its SonicGuide, and a 3-inch midrange driver are mounted on a 6.5-inch baffle that rotates. This provides the installer tremendous installation flexibility. For example, the CW363 can be mounted at any height on a wall and by turning the baffle and angling the tweeter, aim sound precisely to the listener. The 6 1/2-inch woofer with a fiberglass textured polypropylene cone ensures high power handling and extended bandwidth.

With the use of the PSB SonicGuide the tweeter’s high-end response is smooth at any angle. In this configuration the midrange itself does not pivot. PSB’s extensive research of in-wall designs shows that the directivity of the midrange is very low. In-walls with midranges that pivot give no aiming advantage but do typically create frequency response and air leak problems along with frequent buzzing.

This product has 2 toggle switches that are used to set midrange and treble level. Each switch has two positions providing about 2 dB of separation.

CW262
The CW262 is a 2-way rectangular speaker using a 6.5-inch woofer and a 1-inch tweeter that is mounted on the proprietary SonicGuide that swings 30 degrees in either direction. The SonicGuide is designed for the proper amount of directivity and optimized to give good response whether aimed straight out or canted full left or right. In the extreme left and right positions, the SonicGuide nests flush in the sidewalls of the baffle to further improve frequency response.

The entire tweeter assembly is on a baffle that rotates so that the system can be used horizontally or vertically, This provides the installer tremendous installation flexibility. For example, the CW262 can be mounted at any height on a wall but the baffle can rotate until the tweeter is inline with the listener. This assures flat frequency response with no typical crossover or sonic depression issues. With the use of the PSB SonicGuide the tweeter’s high-end response is smooth at any angle.

CW260
The CW260 is a unique in-wall speaker designed specifically for surround channel applications. It uses the same frame as the CW262, so that installations look uniform throughout the room.

Instead of using the rotating baffle found on the CW262, there is a plate on the face of the speaker with two full range 2-inch drivers that cross fire at 90 degrees to each other (one 45 degrees left, the other 45 degrees right). The contour and smoothness of the plate is essential to the speaker’s even frequency response.

The contours also allow energy to be directed away from the listening position.
This is critical because the role of a surround speaker is to create a diffuse sound field by bouncing as much sound energy off of the room’s surfaces while reducing the energy that arrives at the listener’s ears directly. The CW260 achieves this in two distinct modes: Bipole and Dipole.

Dipole operation puts the two full range drivers out of phase so that their energy cancels each other. If a listener is on or near the plane of the two cross firing drivers very little direct energy is heard for a very diffuse effect. The Bipole puts the two drivers in phase. So, to create diffuse sound in the bipole mode the drivers are aimed away from the listener. Adding the bipole mode provides a less extreme option and also makes listener placement less critical. This can be useful in large rooms where there will be many listeners.

In designing the CW260 it was necessary to achieve a balanced power response using both modes, as switching between the modes will strongly impact the total radiated power in some frequency ranges. The crossover circuitry needs response shaping to be switched in at the same time that the bipole/dipole switching is enacted.

In most cases the CW260 will be installed vertically. If the speaker needs to be installed horizontally, the plate can be unbolted and turned 90 degrees so the orientation of the contoured plate is the same as it would be for vertical placement.

The CW260 includes 2 switches. One is to choose either the bipole or dipole mode. The other is for overall treble level, which is handy for optimizing the system to rooms with differing acoustics.

CW160R/CW160S
The CW160R and CW160S are high performance 6.5-inch coax models available in round and square (S) framed configurations. It uses a patented SonicGuide that provides a moderate amount of near constant directivity. This results in more uniform response throughout the listening area. The added directivity also greatly reduces the energy that can spill around the tweeter to reflect off of the woofer cone that is directly behind the tweeter. This further improves the overall frequency response and balance of the system.

The CW160 SonicGuide swings left and right 30 degrees and rotates 180 degrees around its central axis, so listeners at any normal location can be within its main lobe of energy. The end result is extraordinary performance from a coax system. The CW160 includes 2 switches used for fine-tuning the midrange and treble levels. For example, it is possible to tune the speaker for a room’s specific acoustics or a listeners personal taste.

The CW363, CW260, CW263 and CW160R/S are mounted in the wall using ‘dog leg’ mounting clamps, which are popular among systems integrators because of their quick and simple installation. Gold plated speaker posts are provided, accepting a wide variety of cable terminations.

The CW363, CW262, CW260, CW160R and CW16S can be seen with all of PSB’s other fine products in their hospitality suite at the Hard Rock Hotel during CES 2007. All models are currently shipping and will sell for the following US MSRPs.: 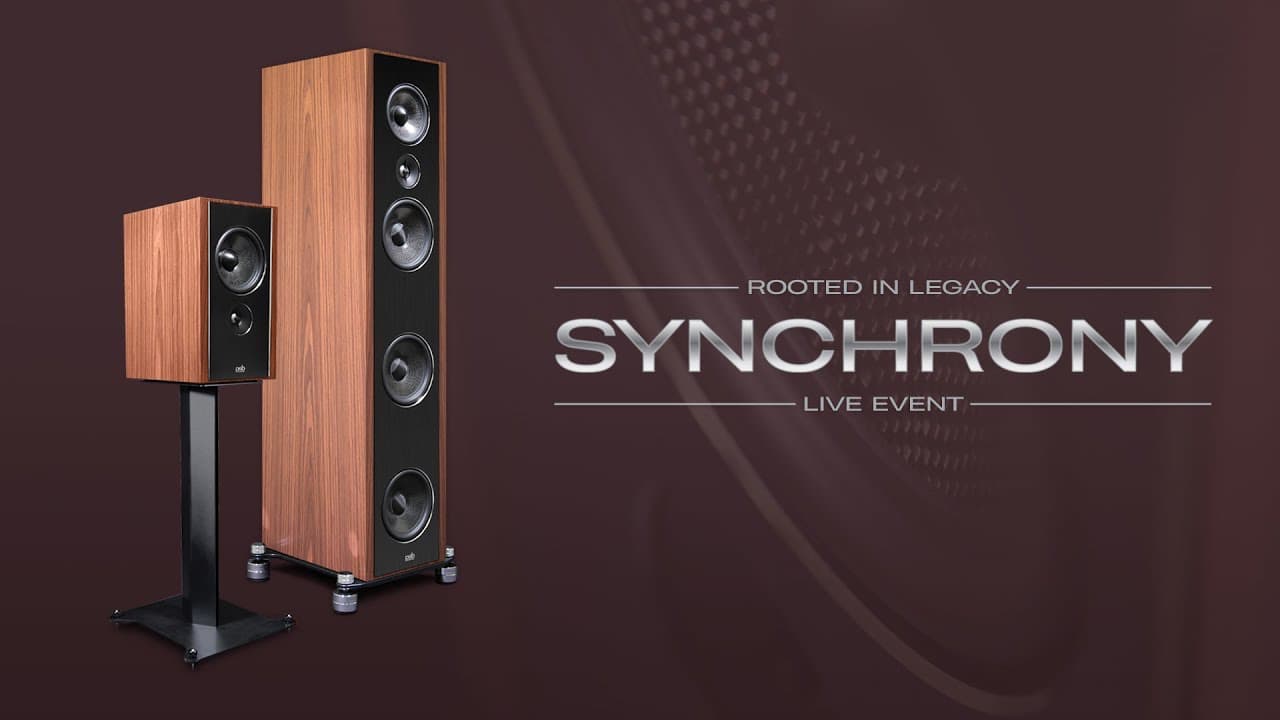 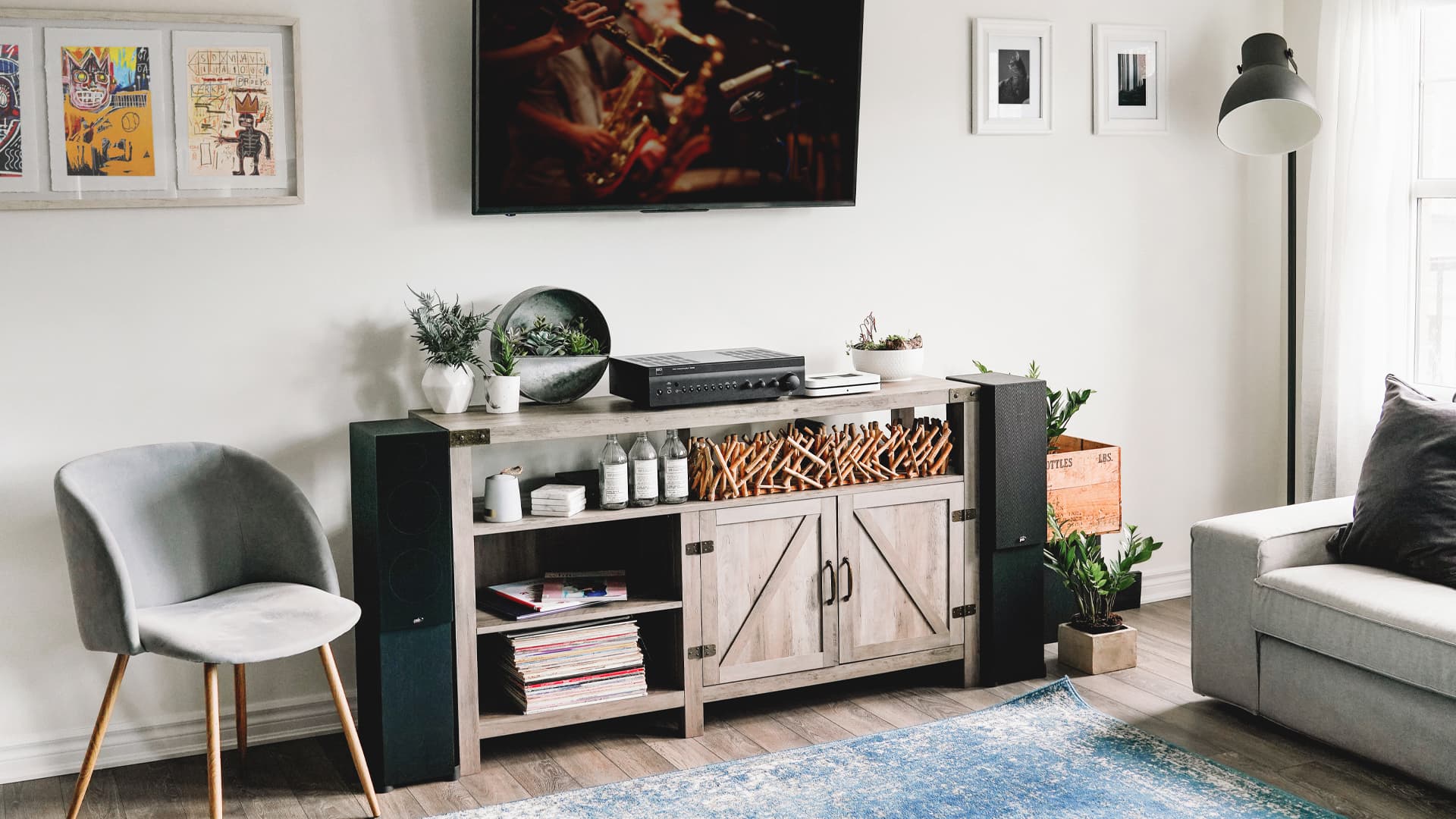