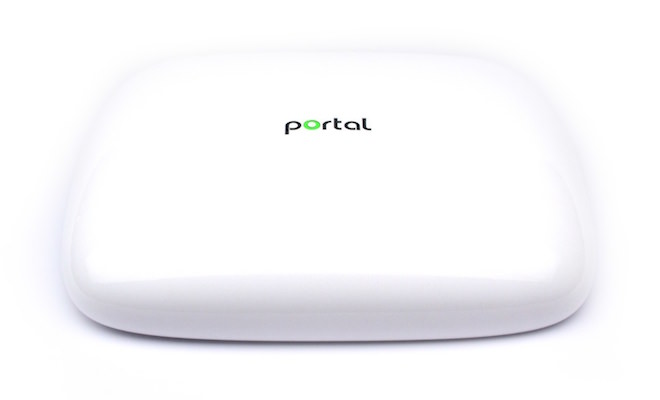 “98% of WiFi routers on the market today use less than 35% of the available spectrum,” said Terry Ngo, CEO and Co-founder of Ignition Design Labs. “Our engineers created Portal to fundamentally redefine the consumer WiFi experience. We give you three times more spectrum for faster video downloads, elimination of buffering issues and an improved overall Internet experience.”

This leap in technology earned Portal two Best of Show awards and other industry accolades at CES 2016.

“Speed, agility and power are only part of our formula for delivering an amazing wireless Internet experience,” said Seung Baek Yi, Vice President of Technology and Co-founder of Ignition Design Labs. “Our engineers also spent a lot of time making Portal secure, simple to set up, easy to use and reliable.”

About Portal
Portal’s advanced technologies are built around powerful hardware and a sleek, elegant design. Inside the smooth, aerodynamic body are 10 state-of-the art radios, strong external power amplifiers and nine conformal antennas that deliver impressive range and coverage. The no-compromise design goes further to include five Gigabit Ethernet, two USB ports and an optional Web GUI configuration page to satisfy even the most expert users.

Pricing and Availability
The Portal Router will ship late summer 2016 for $149 via Kickstarter. European customers can get a Portal in Limited Edition Dark Oxblood Red.

About Ignition Design Labs
Silicon Valley-based Ignition Design Labs is a veteran team of wireless networking engineers developing radically new technologies at the heart of the next generation Internet of Things. Its flagship product, Portal (http://getportal.io), is an entirely new class of agile smart-learning router designed for demanding WiFi environments.