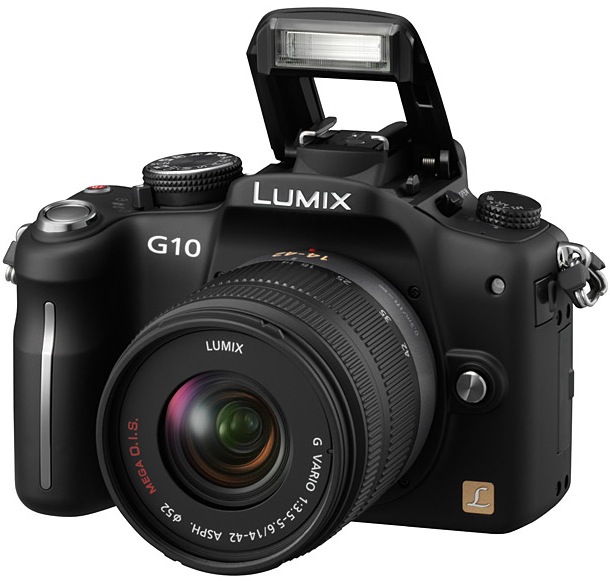 Panasonic just introduced an addition to its Panasonic LUMIX G Series, the LUMIX DMC-G10, the world’s lightest digital interchangeable lens camera with a viewfinder, which packs a host of advanced digital camera functions designed to be easy-to-use for users new to system cameras. The new compact and portable LUMIX G10, which can record High Definition (HD) video in addition to high-quality still images, joins the LUMIX DMC-G2, also introduced today, as part of the Panasonic LUMIX G Series.

“The LUMIX G Micro System has revolutionized the photography industry ever since the release of the Panasonic G1, the world’s first interchangeable lens system camera based on the Micro Four Thirds System standard,” said David Briganti, Senior Product Manager, Imaging, Panasonic Consumer Electronics Company. “We continue to expand this award-winning LUMIX G Series, and with its easy-to-use features and compact size, we expect the G10 to attract a lot of new users who want to step-up from their point-and-shoots.”

The LUMIX G10, with its incredible compact body and portable design, uses a mirrorless structure as part the Micro Four Thirds System standard, eliminating a number of components that are found in a conventional interchangeable lens camera, including the mirror box and optical viewfinder unit. This innovative structure allows for the LUMIX G10 to be the world’s lightest system camera in a compact digital camera design that is a desired feature for new users. Adding to its lightweight body, the LUMIX G10 will come equipped as part of its kit, with the newly announced LUMIX G VARIO 14-42mm/F3.5-5.6 ASPH/MEGA O.I.S. lens. The new lens offers a versatile zoom range of 14-42mm (35mm camera equivalent: 28-84mm), making it suitable for shooting a wide-range of scenes, from dynamic landscape to portrait. 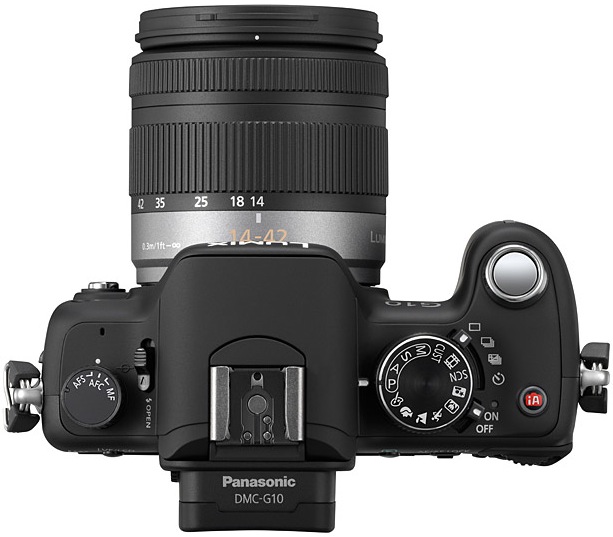 Panasonic designed the LUMIX G10 to be easy to use offers iA (Intelligent Auto) mode — with its shooting assist functions that have proven extremely popular in LUMIX compact cameras. Panasonic’s iA (Intelligent Auto), an easy shooting mode with automatic optimization according to the scene in either photo and video recording, is helpful to beginner users unfamiliar with an interchangeable lens system camera. With the new dedicated iA button, which illuminates in blue when engaged, activating this mode is even easier and can be used to shoot both photos and videos. 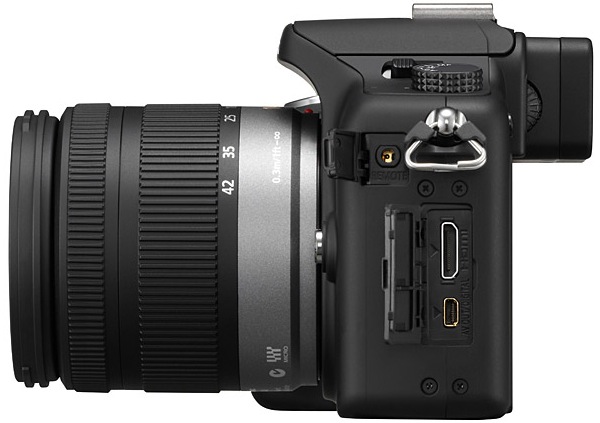 With AF Tracking, the LUMIX G10 can lock onto any subject and keep it in focus even if it moves — making it easy to get beautiful, clear shots of moving subjects, such as children and pets. Simply aim, lock, and shoot. The Face Recognition function remembers registered faces to give an appropriate AF/AE on the people. In playback, you can choose to display only photos that contain a specific registered face using Category Playback. The contrast AF system adopted by the LUMIX DMC-G10 is not only accurate and easy to use, but also very fast. Users can choose from a wide range of AF modes, including AF Tracking, 1-area AF, Face Detection AF/AE and 23-area AF.

The LUMIX G10’s Live View Finder, with a resolution of 202,000-dot equivalent, 1.04x (0.52x) retains the viewability of an optical viewfinder and displays information about its settings that users can see without removing their eye from the subject. The 60 fps Live View is powered by the Live MOS sensor, which takes signals directly from the image sensor and sends them continuously to the LCD, in real time. Both the Live View Finder and LCD provide approximately 100% field of view. This allows the user, when composing a shot, to check the framing accurately from corner to corner. The 3.0-inch large 460,000-dot high-resolution LCD with wide viewing angle automatically controls the brightness according to the situation as an Intelligent LCD. 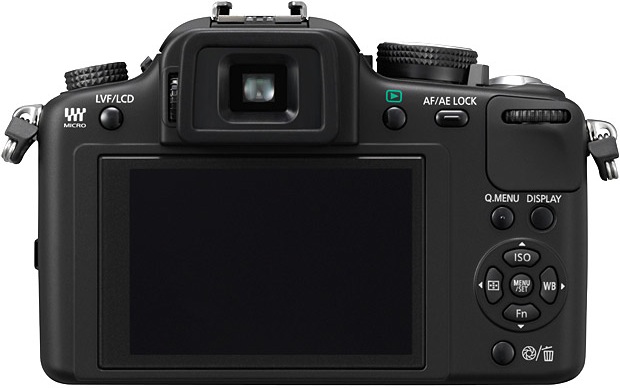 The 12.1-megapixel Live MOS sensor and the new Venus Engine HD II help to separate chromatic noise from luminance noise and apply the optimal noise reduction to each, so users can capture clear and beautiful images even when shooting at high ISO sensitivity levels. The high-speed, high-performance Venus Engine HD II, which has been re-engineered to incorporate the new image processing technology, Intelligent Resolution, enables the recording of beautiful photo and HD video with high quality signal processing. With Intelligent Resolution technology, three areas — outlines, detailed texture areas and soft gradation –are automatically detected. The outline parts are enhanced effectively to give edges increased clarity, while simultaneously giving a moderate accentuation to the textured areas so they look finely detailed. For the soft gradation areas, the improved noise reduction system of the Venus Engine HD II is applied to achiever a smoother effect. Apart from the uniform enhancement of sharpness, the innovative technology Intelligent Resolution precisely performs signal processing pixel by pixel in the most effective way, resulting in images that are naturally clear.

All Panasonic LUMIX G Series digital cameras are equipped with the highly-efficient Dust Reduction System. If dust or other foreign matter gets inside the LUMIX G10 while changing lenses, it could cling to the image sensor and show up as a spot in your photos. However, with the Dust Reduction System, it helps eliminate this possibility by placing a supersonic wave filter in front of the Live MOS sensor. Vibrating vertically around 50,000 times per second, the filter repels dust and other particles effectively.

Other features of the LUMIX G10 include:

The Panasonic LUMIX G10 is compatible with Micro Four Thirds System lenses, allowing users even higher levels of performance in a digital interchangeable lens camera. In addition to LUMIX G lenses, the LUMIX DMC-G10 and LUMIX G Micro System can use any interchangeable lens that complies with the Four Thirds standard via an optional mount adaptor DMW-MA1 and with the prestigious Leica M/R Lenses via DMW-MA2M or MA3R.

Pricing and availability
The Panasonic LUMIX G10 will be available in black by late-May 2010 for $599.95.