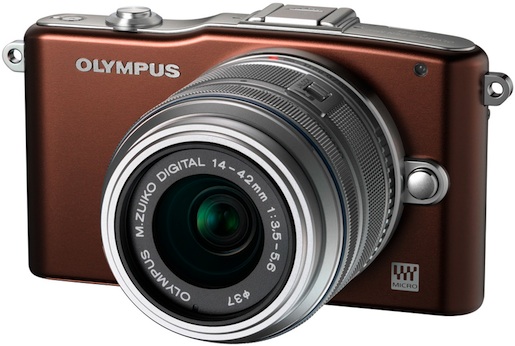 Olympus announced the smallest interchangeable lens camera in their PEN line, the entry-level, yet 12-megapixel PEN mini E-PM1 Micro Four Thirds digital camera. In order to keep things slim the E-PM1 forgoes a built-in flash and the manual dials on top. However, it does come with a small external flash that attaches to the hot shoe.

The PEN mini E-PM1 represents the culmination of Olympus's quest to maximize the size/weight reduction advantages of the Micro Four Thirds System standard. The camera body alone weighs just 217 grams, 27% lighter than the E-PL1, previously Olympus's lightest camera. Volume has been reduced by 31%. Even when the camera is fully equipped for actual use with the M.ZUIKO DIGITAL ED14-42mm f3.5-5.6 II R, its removable flash, a rechargeable battery and a memory card, Olympus still claims the E-PM1 is the world's lightest interchangeable lens camera to date at 403 grams.

Like its bigger cousin, the E-P3, the E-PM1 incorporates an all-new autofocusing (AF) system that has been completely re-designed to perform at unprecedented speeds. During AF, the Live MOS Sensor is driven at double the speed (120 fps) of the previous system, facilitating faster acquisition of the image signals required for AF. The speed of AF computation that generates the contrast signal from the image signal to determine the degree of focusing has also been doubled. The advantages made possible by these improvements are further enhanced by the increase in the speed of communication for controlling the lens motion and the synergy of the MSC (Movie & Still Compatible) mechanism, which facilitates fast, quiet movement of the AF system in the lens, as well as faster response time from shutter release to the start-up of AF system. Together, all of these improvements have resulted in a much faster autofocusing than previously.

This camera also features the Art Filters well acclaimed with other Olympus cameras so that anyone can easily enjoy photographic expressions that used to require complicated image processing. The E-PM1 incorporates six of the most popular Art Filters, allowing users to express their unique creative vision with both still images and movies. 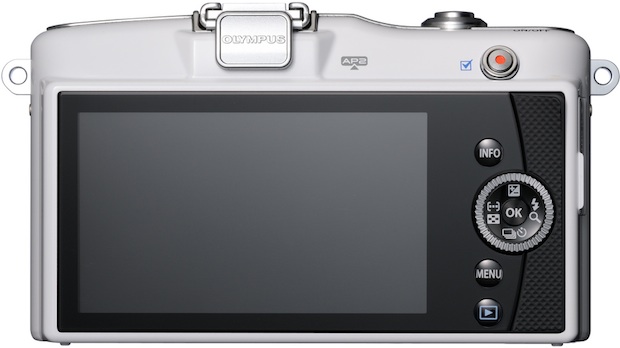