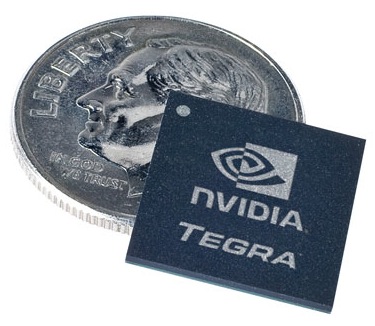 Today, NVIDIA Corporation NASDAQ: NVDA introduced the Tegra family of processors, the world’s first single-chip computer capable of the rich high definition and internet experiences we’ve come to expect from our PCs, but on small pocket type devices. NVIDIA Tegra is a tiny computer-on-a-chip, smaller than a US dime (10-cent piece), designed from the ground up to enable the “visual PC experience” on a new generation of mobile computing devices while consuming the smallest amount of power.

“Creating Tegra was a massive challenge. Our vision was to create a platform that will enable the 2nd personal computer revolution — which will be mobile centric, with devices that last days on a single charge, and yet has the web, high definition media, and computing experiences we’ve come to expect from our PC,” said Jen-Hsun Huang, president and CEO at NVIDIA. “Shrinking down a 50 watt PC architecture will not create the discontinuity this industry needs. The culmination of nearly 1,000 man years of engineering, Tegra is a completely ground-up computer-on-a-chip architecture that consumes 100 times less power. Mobile internet and computing devices built with Tegra are going to be magical.”

“With the growing market demand for mobile Internet access, NVIDIA launched the APX 2500 computer-on-a-chip targeted at smartphones and handsets earlier this year. Recognizing that mobile Internet access usages will occur not just on smartphones and handsets but on compute devices as well, NVIDIA announced today the Tegra architecture. Representing the first products to be targeted at the MID and portable device space, it is anticipated to bring integrated capabilities similar to the APX 2500 with NVIDIA’s graphics expertise, an ARM core, HD video, and advanced power management,” said Ian Lao, senior analyst at In-Stat. 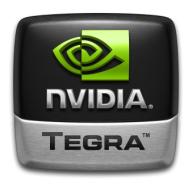 NVIDIA Tegra is a heterogeneous processor architecture with multiple processors, each architected for a specific class of tasks – an 800 MHz ARM CPU, a HD video processor, an imaging processor, an audio processor, and an ultra-low power GeForce GPU These processors are used together or independently to deliver a wonderful experience while utilizing a minute amount of power. With this heterogeneous ultra-low-power processor architecture, NVIDIA Tegra processors achieve up to 10 times the power efficiency of existing products in battery-operated computer systems running compelling visual computing applications.

“As more consumers begin to access the mobile Internet with devices like smartphones and MIDs, device manufacturers will be challenged to create the same high-quality user experience on mobile devices that consumers currently enjoy on their desktop PCs,” said Warren East, CEO, ARM. “Using advanced ARM technology and providing a ground-breaking mix of performance, power consumption and form factor, the NVIDIA Tegra mobile computer-on-a-chip addresses this challenge more effectively than any other solution yet on the market, thereby taking a major step toward the oncoming mobile Internet revolution.”