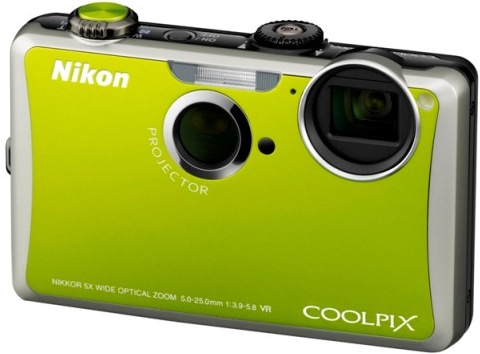 The new COOLPIX S1100pj takes advanced technology a step further with a 40 percent brighter, 14-lumen internal projector complete with a built-in stand and an easy-to-use touch screen interface, allowing the user to share photos and movies in even more environments. By increasing projection brightness by 40%, projection is larger and clearer producing 47-inch projected images from over 7-feet away. In addition, adoption of a 3-inch TFT LCD touch panel monitor enables intuitive camera operation.

The COOLPIX S1100pj also supports projection of computer data when connected to a computer, increasing the ways in which the built-in projector may be used for both personal and business application. The COOLPIX S1100pj, with its brighter and clearer projection, simpler operation and support for a broader range of applications, continues to offer the necessary camera functions for recording still images and 720p HD movies. It is the model that proposes new ways to enjoy a digital camera with the ability to record and immediately share memories and lasting impressions anywhere and anytime. 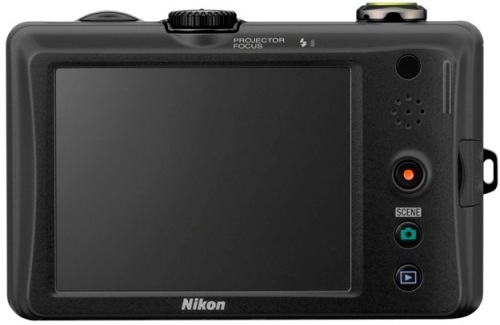 The COOLPIX S1100pj features a 3-inch 460,000-dot touch LCD screen with Clear Color Display. A new Paint function allows users to write and draw on projected images in real time, while a wide range of new Retouch functions allow users to add stamps for an entertaining effect or rate their favorite photos for a more convenient search. Other new functions in the S1100pj's in-camera Retouch Menu include Soft, Selective Color, Cross Screen, Fisheye Effect, Miniature Effect and Makeup Effect, giving the user creative freedom without the need for a computer.

The Nikon COOLPIX S1100pj will be available in September 2010 for $349.95 MSRP in a choice of colors including black, violet, green and silver. See specifications (pdf).