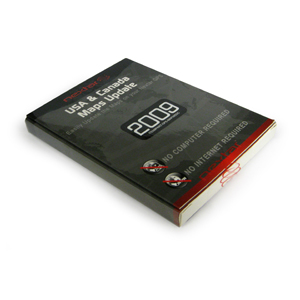 With New Road Construction and Other Changes, Up-to-Date Information Assures Users of the Most Current Maps, Routes, and POI Information Available

Nextar is offering updated maps for many of its popular GPS navigational units. Available on an SD card (GPS-MAP09SDC), information includes the most current maps for all 50 states, Puerto Rico, and Canada as well as updated routes and 1.6-million points of interest. Its text-to-speech function provides directions in either English, Spanish, or French.

“For any GPS device to be useful 100% of the time, it needs to have the very latest information,” said Eddy Zheng, Nextar founder. “Nothing frustrates a driver more than being provided wrong or outdated directions. Nextar is pleased to offer users of many of our most popular GPS units the opportunity to easily update their systems and have the most accurate, current information right at their fingertips.”

Installing the updated maps does not require a computer or internet connection. Users simply insert the SD card into the unit’s SD slot then download the card’s contents. Updated maps are available for the following Nextar GPS devices:

Pricing and Availability
The Nextar GPS-MAP09SDC SD card with updated navigational maps and information has a MSRP of $69.99.

About Nextar
Nextar, headquartered in Southern California, is a global designer and marketer of consumer electronics. From the categories it enters to the products it develops and the manner in which it goes to market, Nextar’s decisions are based on its unique ‘bold and new’ philosophy. It currently offers products in the following categories: portable personal audio and video; digital photo frames; GPS navigation; and Bluetooth. In addition to tried-and-true consumer electronic retail outlets, Nextar products also are boldly marketed through non-traditional avenues such as department stores, automotive, mass merchants, food and drug, and do-it-yourself. Nextar is an affiliate of Tofasco(SM), a rapidly growing company that sells products worldwide in a variety of industries.