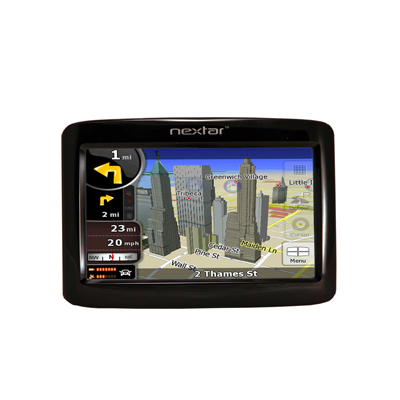 “By working closely with the production team, we were able to integrate Nextar’s 43LT GPS Portable Navigation Unit with free lifetime traffic reports into ‘Street Court’s’ premier season in a way that will feature not only the Nextar brand, but also the product’s unique selling features,” stated Susan van Barneveld, President of Public Communications Worldwide.

The series features Michael Mazzariello, a well-known legal expert who regularly appears on CNN, MSNBC and CourtTV, as Judge Mazz. His fresh and street-smart approach takes cases directly to the scene of the dispute. The show balances the weight and gravitas of a judge’s role with the flavor and drama of real-life locations and participants. Judge Mazz relies on Nextar’s GPS navigation unit to negotiate city streets and deliver him directly to the scene of the next case.

Additionally, “Street Court” is offering a weekly giveaway of Nextar’s 43LT GPS units on their website at www.streetcourttv.com. Viewers can sign up to win the same unit that Judge Mazz uses to dispense justice on the streets. The series is packed with high emotion, raw drama and unexpected twists that brings a fearless approach to the court genre.

About Public Communications Worldwide (PC/W)
Public Communications Worldwide, now in its 50th year, is recognized as one of the oldest independent public relations and marketing communications firms in California. It offers a portfolio of products and services that encompasses the full scope of client needs in the fast-paced 21st century. Its trademark of traditional PR and advertising techniques coupled with new media initiatives has resulted in numerous prestigious awards and consistent recognition as a public relations-industry leader. PC/W has a strong client base in the consumer electronics, aerospace and defense, high technology, manufacturing, Internet, mobile and green initiatives arenas.

It currently services clients globally in the U.S., Asia, Europe and Middle East. PC/W is headquartered in Garden Grove, California, and is affiliated with firms around the world.