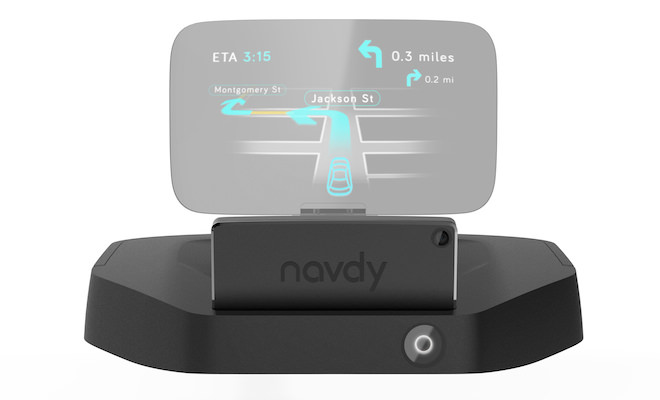 Navdy announced a new product to help us drive safer, while staying connected to the apps we love to use while driving. The Navdy Head-Up Display (HUD) aftermarket car console combines a high quality projection display with voice and gesture controls to create a safer, highly intuitive driving experience. Combining advanced display technology with touch-less controls means drivers no longer need to fumble around with their phone to navigate, communicate or control their music. It’s available for pre-order right now on Navdy.com

Drivers are three times more likely to get into an accident when they take their eyes off the road to look down at a touchscreen. Built-in consoles like Android Auto and Apple Carplay are just bigger touchscreens that do nothing to solve the problem. “Smartphones were never designed to be used while driving.” said Navdy co-founder and CEO Doug Simpson. “Touch-based apps clearly force you to take your eyes off the road. So we started by completely rethinking what the experience of using apps behind the wheel should feel like. Navdy is built from the ground up to be the safest and most intuitive way to make calls, use navigation, listen to music or access notifications without ever looking away from the road.” 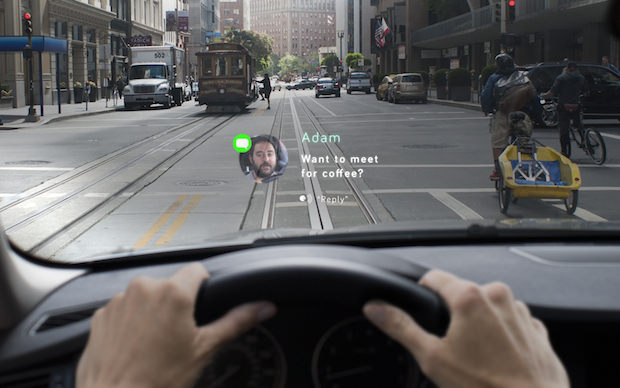 Navdy is the world’s first in-car platform that offers: 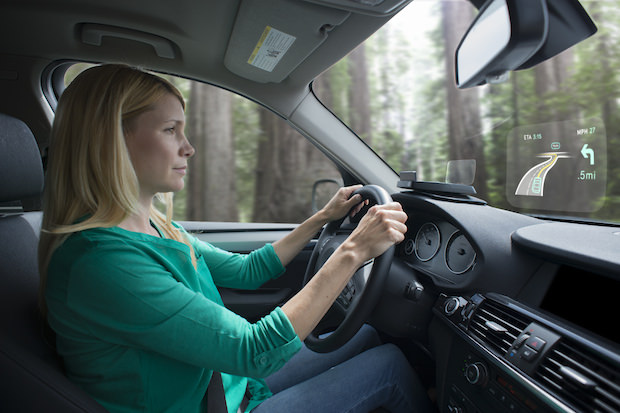 Navdy is available for pre-order for 30 days at the introductory price of $299, at 40% discount from its projected retail price of $499.  Early adopters can get a 10% refund of $30 for each friend they refer to buy the product – with 10 referrals, your Navdy is free! Navdy is running a 30-day pre-order campaign on navdy.com to gauge consumer demand and collect feedback from early adopters.  Backers will have early access to the Navdy device so that they can provide feedback and help guide the app development process as the company ramps up to a wider release.

Navdy is expected to ship in early 2015.

Navdy is based in the Mission District in San Francisco.  It was founded by entrepreneur Doug Simpson and serial inventor Karl Guttag, and supported by a highly accomplished veteran team.  In 2013 it went through the acclaimed Highway 1 Incubator program and continues to work closely with Highway 1’s parent, PCH International, whose world class logistics and inventory capabilities are used by companies such as Apple.