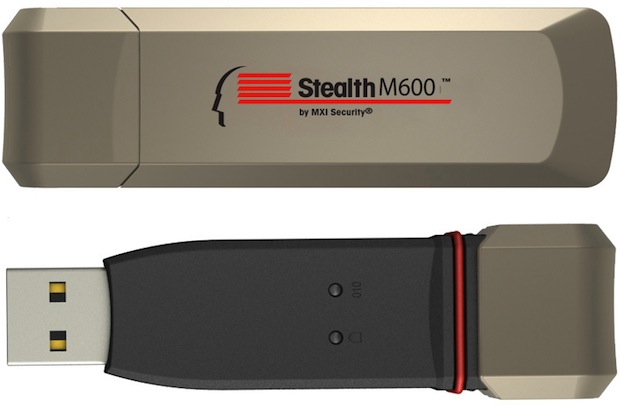 The MXI Stealth M600 includes the Bluefly Portable Security Processor, the world's first dedicated hardware security processor for USB devices, designed to protect against all forms of malware. It features advanced manageability capabilities such as device recycling, while its unique integrated metal enclosure is durable, waterproof, and dustproof.

In order to address the growing concern of losing critical data, governments world-wide are implementing stringent rules and regulations with severe penalties in aim to prevent the loss or theft of data when a portable storage device is lost. For example, the UK Parliament recently imposed new penalties for infringements of the Data Protection Act (DPA), which will force organizations to pay up to £500,000 in fines for serious breaches of the DPA..

According to a study published by the Ponemon Institute, an independent research firm specializing in privacy, data protection and information security policy, it is estimated that 800,000 data-sensitive devices–including USB drives, hard drives, laptops and mobile devices are lost or stolen each year.

“We developed the Stealth M600 encrypted USB device specifically to tackle the problem of portable data loss, head-on. The device provides full encryption at all times and cannot be used unless it is unlocked by its legitimate owner.

A pioneer in portable security, MXI Security recently received US Government FIPS 140-2 Level 3 validation for the Bluefly Security Processor, which powers MXI's entire line of portable security devices. Well-established in the United Kingdom with customers including the City of London Police, MXI Security serves the most security-demanding public and private organisations in the world.

About MXI Security
MXI Security is the leader in providing superior managed portable security solutions and computing products for Government and Enterprise customers. MXI's Stealth products are the best-selling line of secure portable storage devices in the US Government, reaching 75 separate agencies across multiple departments.