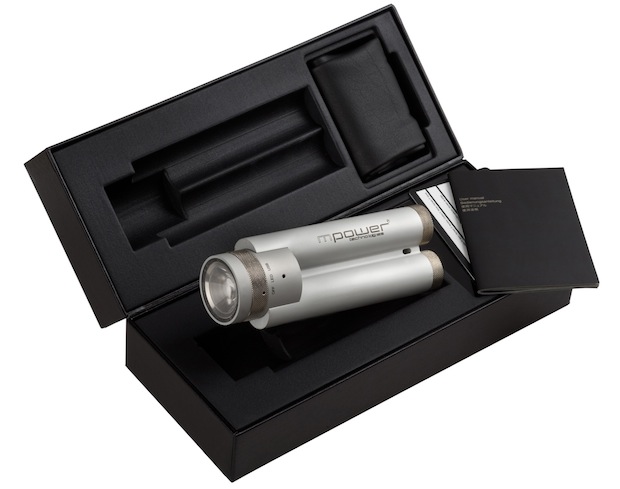 Designed by Porsche Design Studio of Zell am See, Austria, and manufactured by MKE of Austria, the mPower Emergency Illuminator is a precision instrument with a powerful 180 Lumens LED and two separate battery tubes. One tube is for everyday use and holds two CR123 batteries, while the other tube holds mPhase’s Power On Command™ Reserve Battery. If the regular CR123 batteries run down, the Reserve Battery takes over — even after laying idle for 20 years. The Emergency Illuminator also features a USB port, that can be used for charging portable devices such as a cell phone.

“The mPower Emergency Illuminator is a precision engineered tool,” said Ron Durando, CEO of mPhase Technologies. “It is the first product to put our Power On Command reserve battery technology into the hands of the consumer. The extraordinarily long shelf life of the reserve battery guarantees users a reliable source of power when they need it most.”

mPhase Technologies has been named an International Consumer Electronics Show Innovations 2010 Design and Engineering Awards honoree. The Company expects the mPower Emergency Illuminator to become available for purchase in January 2010 with delivery in March 2010 and to retail at a price of $289.00.

A universal glove box bracket will also be available for $29.99, allowing for easy mounting in most automobile glove compartments.