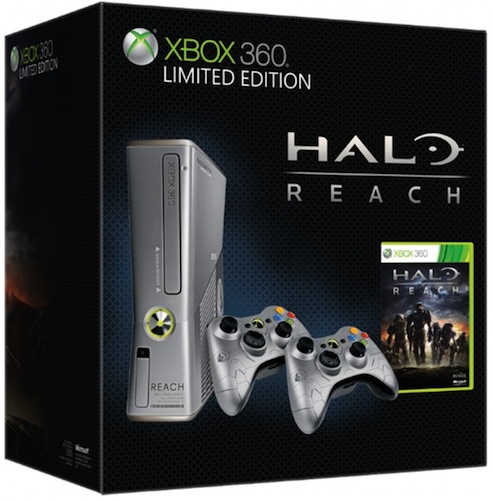 The Xbox 360 Limited Edition Halo: Reach Bundle features an exclusive silver design and comes with two custom Xbox 360 Wireless Controllers with artwork inspired by the game, a Standard Edition copy of Halo: Reach, a token for the Elite armor set for use in multiplayer modes, an episode of Halo Legends, and an Xbox 360 Headset. As an added touch, the Xbox 360 Limited Edition Halo: Reach Bundle not only captures the look and feel of the game, it's also outfitted to respond with custom sound effects from the Halo universe.

Designed by Bungie, the Xbox 360 Limited Edition Halo: Reach Bundle includes all the features of the newly designed Xbox 360 console, such as a 250 GB Hard Drive and the fastest built-in Wi-Fi for the easiest connection to Xbox LIVE®. The bundle is available in limited quantities and only while supplies last. 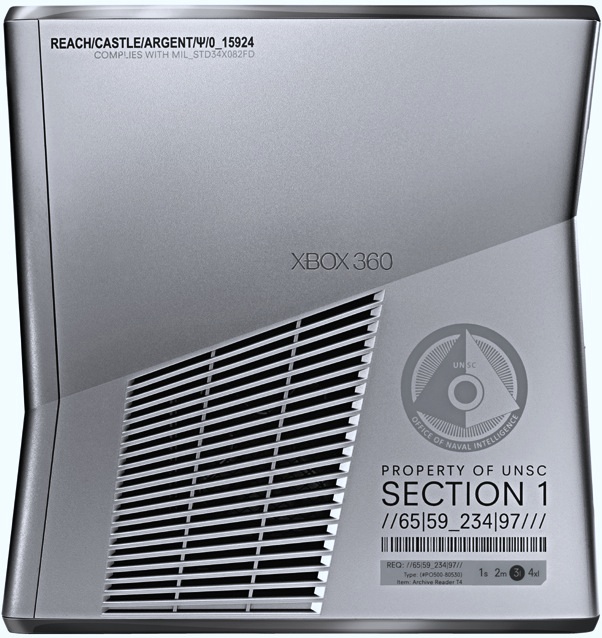 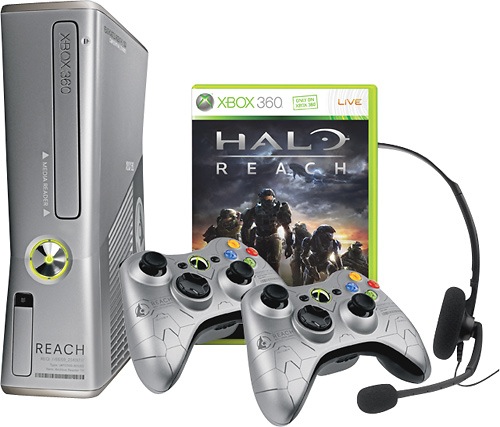 Microsoft just announced their newest gaming console called Xbox One X, which claims to be 40% more powerful than anything else on the market....

Microsoft just announced the new Surface Pro will be coming out mid-2017, offering up better performance and battery life in a sleek new design. The...

Microsoft announced Surface Laptop, a 13-inch touch screen notebook PC that is lighter than the MacBook Air at just 2.76 pounds. Depending on the...