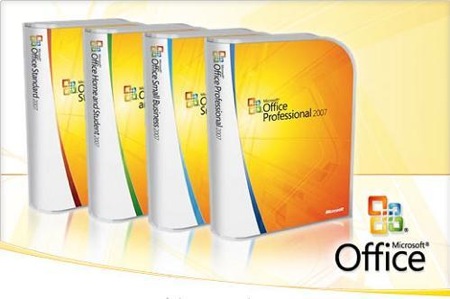 Microsoft Corp. is offering customers greater choice and more flexibility among document formats, as well as creating additional opportunities for developer and competitors, by expanding the range of document formats supported in its flagship Office productivity suite.

When using SP2, customers will be able to open, edit and save documents using ODF and save documents into the XPS and PDF fixed formats from directly within the application without having to install any other code. It will also allow customers to set ODF as the default file format for Office 2007. To also provide ODF support for users of earlier versions of Microsoft Office (Office XP and Office 2003), Microsoft will continue to collaborate with the open source community in the ongoing development of the Open XML-ODF translator project on SourceForge.net.

In addition, Microsoft has defined a road map for its implementation of the newly ratified International Standard ISO/IEC 29500 (Office Open XML). IS29500, which was approved by the International Organization for Standardization (ISO) and International Electrotechnical Commission (IEC) in March, is already substantially supported in Office 2007, and the company plans to update that support in the next major version release of the Microsoft Office system, code-named “Office 14.”

Microsoft is also committed to providing Office customers with the ability to open, edit and save documents in the Chinese national document file format standard, Uniform Office Format (UOF). The company does so today by supporting the continued development of the UOF-Open XML translator project on SourceForge.net, and will take additional steps to promote the distribution and ease of use of the translator. As UOF develops and achieves market adoption in China, Microsoft will distribute support for this format with Office to its customers in China.

Consistent with its interoperability principles, in which the company committed to work with others toward robust, consistent and interoperable implementations across a broad range of widely deployed products, the company has also announced it will be an active participant in the future evolution of ODF, Open XML, XPS and PDF standards.

“We are committed to providing Office users with greater choice among document formats and enhanced interoperability between those formats and the applications that implement them,” said Chris Capossela, senior vice president for the Microsoft Business Division. “By increasing the openness of our products and participating actively in the development and maintenance of document format standards, we believe we can help create opportunities for developers and competitors, including members of the open source communities, to innovate and deliver new value for customers.”

“Microsoft’s support for ODF in Office is a great step that enables customers to work with the document format that best meets their needs, and it enables interoperability in the marketplace,” said Roger Levy, senior vice president and general manager of Open Platform Solutions for Novell Inc. “Novell is proud to be an industry leader in cross-platform document interoperability through our work in the Document Interoperability Initiative, the Interop Vendor Alliance and with our direct collaboration with Microsoft in our Interoperability Lab. We look forward to continuing this work for the benefit of customers across the IT spectrum.”

“The demand for a document format that everyone can use is something I hear from our customers on a regular basis,” said John D. Head, framework manager at PSC Group LLC, a Chicago headquartered information-technology and professional services consulting firm. “I am very pleased that Microsoft is enabling Microsoft Office to support ODF directly from the software. This will allow us to develop solutions that create documents that can be edited by any user, regardless of what software or operating system they use. In a world where software companies want people to select one software package for their entire user base, the reality is that different user groups and types need options. Microsoft is now enabling users to make that choice. This is a very smart move by Microsoft, and one that lets the most important person – the customer – be the winner.”

This work on document formats is only one aspect of how Microsoft is delivering choice, interoperability and innovative solutions to the marketplace. Microsoft will continue to work with its customers and partners and the rest of the industry to continue advancing in the area. More information can be found at http://www.microsoft.com/interop.

Trusted Reviews13 years ago
You Are Here

Microsoft just announced their newest gaming console called Xbox One X, which claims to be 40% more powerful than anything else on the market....

Microsoft just announced the new Surface Pro will be coming out mid-2017, offering up better performance and battery life in a sleek new design. The...

Microsoft announced Surface Laptop, a 13-inch touch screen notebook PC that is lighter than the MacBook Air at just 2.76 pounds. Depending on the...