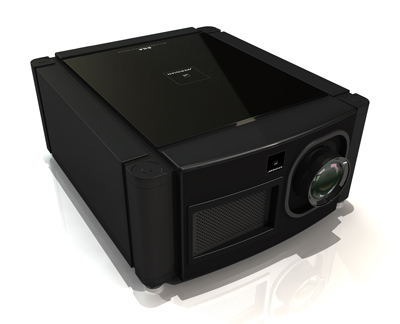 For over ten years, leading UK-based luxury home entertainment manufacturer Meridian Audio Ltd has been developing and manufacturing award-winning video products — from DVD players to projectors — that, together with the company’s advanced digital audio components, create the Meridian Digital Theatre, offering the highest quality reproduction of both image and sound.

Now, Meridian takes the next step towards perfecting the home viewing experience with the introduction of the Meridian 810 Reference Video System. The 810 system comprises two primary elements: the 810 Reference Video Projector, an entirely new D-ILA-based digital projector offering a previously impossible 10 megapixels — exceeding the resolution even of commercial digital cinema projectors — and the 810 Reference Video Scaler, a special processor designed to optimize the imaging of HD and standard resolution inputs for the vast new possibilities offered by a 10 megapixel projection environment. The result is a system that, Meridian believes, represents the most realistic home theater performance in the world.

Using a brand new light engine, the Meridian 810 Reference Video Projector offers an effective resolution of 4096 x 2400 pixels, or 10 megapixels. In comparison, a conventional HDTV image at 1080i represents just 1 megapixel, while full-spec HD (1080p) is still only twice that. The Meridian 810 Reference Video Projector also has extremely high light output capability. Powered by a PKI Xenon lamp, it is capable of delivering up to 4000 lumens, enough to light even the very largest screens to the Hollywood reference level of 16 foot-lamberts. In addition, the projector has a native contrast ratio of 10,000:1, ensuring that even in the most difficult scenes, such as those combining bright light and shadow, detail is never lost. Trained staff at Meridian’s state-of-the-art headquarters near Cambridge, UK, individually calibrate each projector in a procedure that takes over four days to complete. 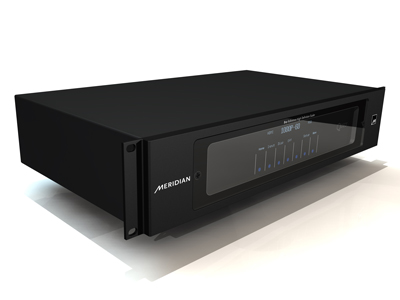 To display an image with a resolution of 10 megapixels requires some very special scaling. To meet this requirement, Meridian has developed the 810 Reference Video Scaler. A brand new design, featuring Marvell’s powerful, award-winning, Qdeo video processing technology, the scaler converts any digital source (480i to 1080p) up to full 10 megapixel resolution. Its quiet and natural video processing produces images that are free from noise and devoid of artifacts whether operating in 4:3, 16:9 or 2.35:1 modes.

The Meridian 810 Reference Video System is expected to begin shipping in limited quantities by the end of Q3, 2008, with full availability before the end of the year.

About Meridian Audio Limited
Meridian is based in Huntingdon, near Cambridge, UK, and was founded in 1977 by Allen Boothroyd and Bob Stuart. With a 30-year history of innovation and development of the highest quality consumer audio systems, the award-winning company is widely recognized as a world leader in digital and analog audio reproduction. Meridian developed the world’s first audiophile CD player, the world’s first consumer digital surround controller, developed the MLP lossless packing systems mandated for use in DVD-Audio and Blu-ray Disc, and is the only UK audio hardware manufacturer to be a member of the DVD Forum. The company’s optical disc players, DSP-based loudspeakers and Meridian Digital Theatre systems are unique in the industry, maintaining a super-quality digital audio signal throughout the path from the source to the amplifier, and using digital signal processing to generate advanced crossover characteristics that would be impossible with conventional passive analog systems.