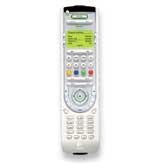 FREMONT, Calif. – Logitech (SWX: LOGN) (NASDAQ: LOGI), today announced the HarmonyA Advanced Universal Remote Control for Xbox 360a¢, providing gamers and home-entertainment enthusiasts with a single remote that can completely control their game console and any other components in their entertainment system. Specially designed for the Xbox 360a¢ video game and entertainment console from Microsoft, the newest Logitech Harmony remote joins what has become the most popular brand of advanced universal remotes in the U.S. marketplace.

With Logitech’s patented Smart State TechnologyA and powerful one-touch activity control, this new Harmony remote makes it easy for any family member to switch among playing games on the Xbox 360, watching movies, listening to music, viewing high-definition television, and any other home-entertainment activity.

“Our newest Harmony remote simply controls everything ‘” from the Xbox 360 to any other components in a home-entertainment system,” said Bryan McLeod, vice president of Logitech’s remote control products. “The Harmony remote solves the living-room clutter problem of excessive remotes and makes it easy for any family member to set up the entertainment system for playing games, listening to music, or watching movies or television – all by pressing a single button.”

A recent study by Parks Associates revealed that 42 percent of U.S. households currently have a game console, while the percentages of console owners are similar in the U.K. (41 percent) and France (40 percent). As the next generation of video game consoles comes to market, and even more families add a gaming device to their mix of entertainment components, Logitech believes demand will increase for individual remotes that can control entire entertainment systems.

Optimized for Xbox 360
Out of the box, the Harmony remote for Xbox 360 can control the console, because the remote is preprogrammed during manufacturing. Users can navigate the Xbox 360 interface with the remote’s X, Y, A and B buttons. These buttons coincide with commands in different Xbox 360 screens for selecting and navigating games, settings, music and media. The Harmony remote can perform any Xbox 360 navigation that is possible with any other infrared remote control.

After completing the intuitive online setup, a Harmony remote owner can use the remote to control any other components that are used while gaming. The Play Xbox 360 activity button can be easily programmed to turn on the television, home-theater receiver and any other devices used for gaming, and to set all of the components to the correct inputs.

Complete Home-Entertainment Control
The Harmony remote for Xbox 360 can control any device with an infrared receiver, and can control as many as 12 individual devices. During the Harmony online setup, users may configure a variety of entertainment activities, such as Watch TV, Listen to Music, and Watch a Movie. These activities, along with Play Xbox 360, are displayed on the remote’s liquid-crystal display (LCD) and can be selected by pressing one of the four buttons adjacent to the screen. Each time a new activity is selected, the remote establishes the required state of all of the components needed for the current activity, and turns off the components not needed.

The setup for the Harmony remote for Xbox 360 is simple thanks to an intuitive setup wizard that asks a series of basic questions about the entertainment system, the individual components, and how they are connected. This is all done in simple language void of technical terms. At the end of the process, all necessary codes are downloaded from the Harmony database via a USB connection. Logitech’s comprehensive online database features discrete codes and characteristics of more than 100,000 different devices models from more than 3,000 different manufacturers. This online database of detailed information is updated daily with the latest devices.

Pricing and Availability
The Harmony for Xbox 360 remote control will be available in the U.S. beginning in late November for a suggested retail price of $129.99 in the U.S. If purchased with the Xbox 360 before March 31, 2006, there is a $30 manufacturer’s mail-in rebate available.