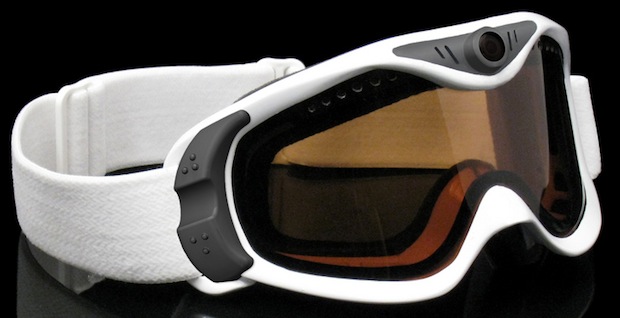 The Liquid Image Summit Series is the world’s first snow goggle with an integrated digital camera. The goggle contains a wide angle lens to capture all the action while skiing, boarding, sledding or snowmobiling. The hands free unit has a 5.0 MP (2560 x 1920) camera mode and a video mode that records D1 video (720×480) at a rate up to 30 frames per second with audio.

The Summit Series Snow Camera Goggle is easy to operate. There is a button for On/Off/Mode and another button for the shutter. To record a photo or a video, simply turn on the camera, choose the mode, then press the shutter button. LED lights inside the goggle indicate the mode to the user. Large side buttons along the right side of the frame allow for greater dexterity while wearing gloves. 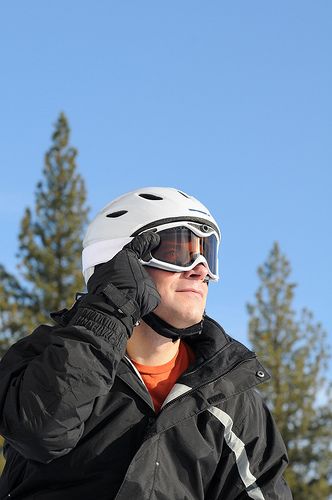 The internal memory has 16 MB NAND Flash. The memory is easily expanded to record thousands of photos or hours of videos by adding a Micro SD/SDHC Card up to 16 GB. Files may be downloaded to a computer through the High Speed USB cable provided, or through a Micro SD/SDHC card.

The Camera operates on an internal rechargeable Lithium Battery. Estimated battery performance is 2200 still images or 2:20 hrs of video.

The Summit Series Snow Camera Goggle model 335 is estimated to ship late summer 2010, in time for the Winter Ski Season and for Holiday shopping. This new model follows the concept of the original Liquid Image Underwater Digital Camera Mask by creating an easier way to record photos and videos. The concept of integrating the camera into the sports equipment allows the user to travel with fewer items and to keep their hands free while performing sports activities. The integrated camera records a view similar to what is seen, allowing the user to share their experience with other people, and to enjoy their activities to a greater extent because they concentrate less on holding and operating the camera.

The Summit Series Snow Camera Goggle model number 335 has an estimated US price of $149.00. Specifications and pricing are estimated at this time.

Liquid Image Co, LLC, is a manufacturer of cameras, electronics, toys and games that target sports and outdoor activities with an emphasis on Sport Technology and POV Cameras. The corporate office is located in Sacramento, CA, with an international office located in Hong Kong.