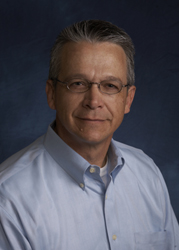 INFOCOMM ’08, LAS VEGAS, June 18, 2008 — Liberty Wire & Cable, worldwide supplier of a broad range of wire and cable products for the audio/video trade, including custom installers and systems integrators, has announced the appointments of David C. Traeger as Territory Manager for Commercial Products covering the Southeastern United States and Puerto Rico.

David Traeger brings to Liberty more than 20 years of experience in the professional and commercial A/V industries in areas that include A/V system sales, design, and integration. He has worked directly with leading manufacturers, and served as an independent manufacturer’s representative. Mr. Traeger comes to Liberty from Christie Digital Control Room Systems, where he served as Regional Manager for the South Central and Southeastern U.S., responsible for sales activities through Dealer Channels.

In an earlier position, he provided technical and product sales training expertise for Extron Electronics as its Regional Applications Specialist in Texas and the Southern U.S. He also served as an A/V Systems Engineer for Polycom, Inc., a manufacturer of audio and video teleconferencing products. At Polycom, he provided field support, training, and certification throughout the U.S. for the company’s Installed Systems Group. Mr. Traeger also served BARCO Projection Systems in a variety of positions, including Business Unit Manager and Market Development Manager.

Mr. Traeger is a member of ICIA and NSCA, and is an active supporter of both organizations. To better service the Southeast Territory, he will soon relocate to the Atlanta, Georgia area from his current base near Austin, Texas. He can presently be reached on his cell phone, 512-289-0496, or by email at dtraeger@libertycable.com.

Liberty, a division of Communications Supply Corp. (CSC), is headquartered in Colorado Springs, Colo., and is in its 17th year of operation. Its core goods, sold primarily for audio/video and security applications, consist of a complete line of wire and cable products along with connectors and connector systems, cable assemblies, interconnects, and a broad range of related accessories. Liberty principally serves the residential, commercial, broadcast, and rental and staging segments of the pro/AV industry. It also enjoys long-term relationships with a number of prominent OEMs. Liberty manufactures and markets the PanelCrafters line of custom and stock plates and panels. The company, which sells in 49 countries, has other facilities in Charlotte, N.C., and Phoenix, Ariz., and holds memberships in CEDIA, InfoComm International, and NSCA.