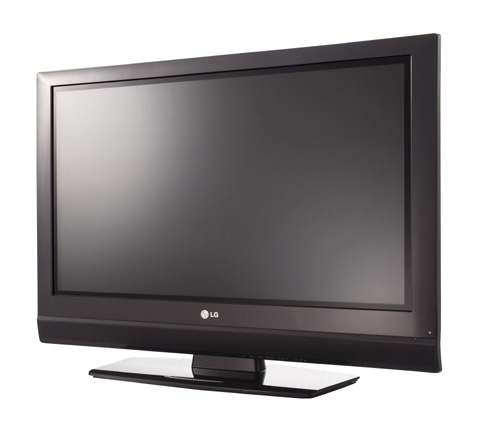 LG Electronics (LG), a major player in the global flat panel display market, announced its first 32-inch plasma TV, the 32PC5RV, to be launched in Brazil this month. This new plasma TV will also be released in 27 nations worldwide by November, including countries in Central/South and North America, Europe, CIS region, North and Southwest Asia and the Middle East. This flat panel TV is an affordable solution for buyers looking for plasma TVs in a small size ranges where LCD TVs are dominant.

The 32-inch wide flat panel TV is the fastest growing segment in the industry, as the large-size market is becoming saturated. According to DisplaySearch, demand for 32-inch LCD TVs has grown to comprise 24.9 million units in 2007, and is expected to increase to 33.4 million units in 2008.

However, as recently as 2005, 32-inch LCD TV demand was 5.8millions. What has driven this remarkable change is the growing consumer preference for secondary or private TVs for the home in the high-end market, and newly increasing demand for affordable flat panel TVs in emerging markets. As the smallest and slimmest plasma TV available, LG’s 32PC5RV will broaden the options for global customers. It is also an excellent choice for hotel rooms or retail settings where a small-size wall-mounted TV is preferred to maximize space.

“It’s about carving out a new niche for a growing demand,” said Simon Kang, president and CEO of LG Electronics Digital Display Company. “When there is a large flat-panel TV in almost every living room in the high-end market, people start to want a more personal TV set for cozier settings, which has led to the ‘second TV’ trend. Meanwhile, there is explosive demand for this size of flat panel TV in emerging markets, in part due to the 2008 Olympic Games in Beijing. Until now, people had previously only been able to buy an LCD TV in this size range. So we are offering a plasma option, which is also easier on the eyes, to provide more choice to consumers.”

The 32PC5RV’s 16:9 aspect ratio screen makes it ideal for watching high-quality sources such as DVDs without eye fatigue. With a 0.001 ms response time, the 32PC5RV can keep up with the fastest moving action movies and sporting events. Once home, it is easy to connect devices such as DVD players and home theater systems to the TV’s HDMI or component ports, as LG’s SIMPLINK technology makes it easy to control an array of compatible devices with a single remote control.

“Even though producing this smaller plasma TV was challenging both technologically and cost-wise, we were able to keep costs low and quality high by simplifying the manufacturing process,” said Dr. Jong Seok Park, vice president and head of PDP TV Division. “We trimmed costs further by reducing packaging to the point where we can ship two of these TVs in the same space it used to take to ship just one. We did all of this in order to provide better choice and value for consumers.”

As part of its strategy to drive technology forward and keep costs competitive, LG recently separated its plasma and LCD divisions. Together, the two divisions are completing LG’s optimum product portfolio.