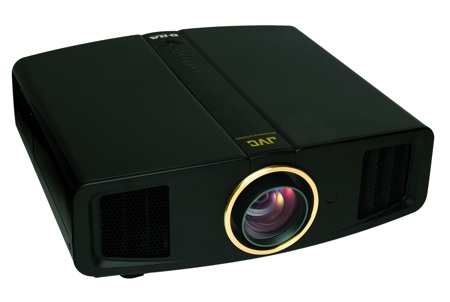 The new system will allow the viewing of full 1080p resolution 3D content with a native contrast ratio never before available in any 3D system. JVC’s D-ILA projectors, widely used in commercial flight simulation systems, offer the world’s highest native contrast ratio without the use of an auto iris, and are ideally suited for 3D imaging systems. With JVC projectors and SENSIO technology, consumers will enjoy images with unmatched depth and realism. The product will be developed during 2009 and will be sold and marketed in the United States by JVC Professional Products Company.

“SENSIO is recognized as a pioneer in the 3D industry, and JVC is the leading manufacturer in high end home cinema. Combining our two technologies into a single, simple system for the consumer will have broad impact in the marketplace, already thirsty for 3D display.” explains Lon Mass, Vice President of marketing for JVC.

“We are honored to collaborate once again with our long-time partner JVC whom we have worked with on many occasions. In addition, this is another important step to take and we are invariably approaching our ultimate goal of becoming the de facto standard,” affirmed Nicholas Routhier, President and Chief Executive Officer for SENSIO.

JVC’s 3-chip DLA-RS2 projector features its patented Direct Drive Image Light Amplifier (D-ILA™) technology that delivers high-resolution images that reproduce the smooth look of film, with a native contrast ratio of 30,000:1, the highest in the industry. Its native resolution of 1920 x 1080 makes the DLA-RS2 ideally suited for HD viewing in museums and 3D post-production screening rooms as well as for home theater applications.

SENSIO’s next generation 3D processor, used in conjunction with a conventional HD player, processes encoded 3D material into stereoscopic format to match all display devices, a patent-pending feature unique to SENSIO. This technology allows users to store and playback movies in 3D.

About SENSIO
Founded in 1999, SENSIO, headquartered in Montreal, Canada, develops and markets forward-looking stereoscopic technologies designed to offer the most advanced and immersive cinematographic experience available. Its flagship technology, SENSIO3D, allows the high-quality distribution of 3D content through conventional 2D channels and playback on any display device, including plasma TVs, HDTV and glass-free 3D displays. Working with major Hollywood studios and large format 3D film producers, SENSIO has built up one of the world’s largest libraries of 3D movies for the home entertainment market.

Tech Advisor (UK)6 months ago
You Are Here