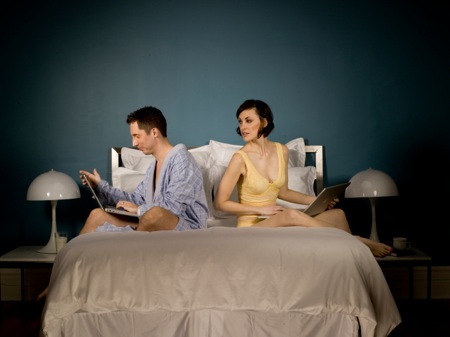 Most U.S. adults find Internet access essential to daily life in today’s economic climate, with some choosing it as a must-have over watching TV and having sex, according to the recent “Internet Reliance in Today’s Economy” survey conducted by Harris Interactive* and sponsored by Intel Corporation.

The survey revealed that 65 percent of adults feel they cannot live without Internet access1, and even more — 71 percent — responded that it is important or very important to have Internet-enabled devices, such as laptops, netbooks and mobile Internet devices (MIDs) that can provide them with real-time updates on important issues including the state of the economy. Most U.S. adults also identify the Internet as a key tool in today’s economy for managing personal finances, finding discounts and the best deals while shopping online, and many rated access to the Internet as indispensable compared to other discretionary items, such as dining out, shopping for clothes and gym memberships.

Would You Choose the Internet Over Sex?: According to the survey, nearly half of women (46 percent) and 30 percent of men would rather go without sex for 2 weeks than give up Internet access for the same amount of time. For women aged 18-34 it was 49 percent and for women aged 35-44 it was 52 percent. For men aged 18-34, it was 39 percent. 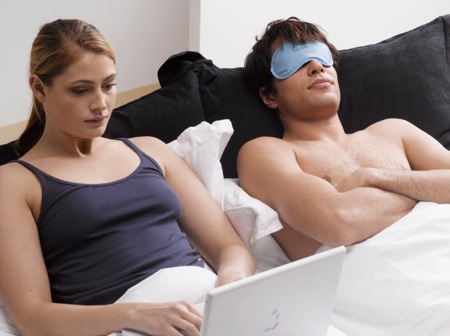 Internet Access Essential in Today’s Economic Climate: Ninety-five percent of adults feel that it is very important, important or somewhat important for people to have devices that allow them to access the Internet. A majority (82 percent) agree that Internet-enabled devices help them stay up to date real-time on the state of the economy. Eighty-seven percent say that Internet access has helped them save money. Of these adults:

Move over Gym Membership, the Internet is a Must-Have: When asked to rate certain discretionary items on a scale of 1 (completely expendable) to 5 (cannot live without it), having Internet access ranks highest among the items listed, with 65 percent of U.S. adults reporting they cannot live without it.1 The following items and activities were ranked below Internet access in importance:

The Internet Trumps the TV: The majority (61 percent) of adult women would choose to give up watching TV for 2 weeks instead of giving up access to the Internet for only 1 week, and more than half of all U.S. adults (58 percent), both male and female, agree. Many shows and movies are available online, and laptops with powerful, energy-efficient processors make TV watching — even when on the go — possible almost anywhere.

Life is Better Because of the Internet: Nine of 10 U.S. adults (91 percent) report that the ability to access the Internet has improved at least one aspect of their lives. Within this group:

This survey was conducted online within the United States by Harris Interactive on behalf of Intel from Nov. 18-20 among 2,119 adults ages 18 and older. This online survey is not based on a probability sample and therefore no estimate of theoretical sampling error can be calculated.

1 The percentages cited refer to a net (or sum) of the top two points (4 and 5) of an end-anchored scale where 1 means “completely expendable” and 5 means “cannot live without it.”