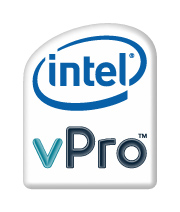 The way the world views and uses business PCs is about to change with the introduction of Intel Corporation’s new Intel vPro™ technology, a revolutionary shift in desktop PC security and manageability along with remarkable energy-saving computing performance.

Businesses today are plagued by increasing economic and security threats such as malicious viruses, spyware and identity theft, while IT managers are driven to improve processes and customer service models. Intel vPro technology will offer businesses and IT a competitive edge with breakthrough innovations and technologies to help get the most out of resources and shrinking IT budgets.

The company today outlined how Intel vPro technology will deliver these benefits later this year through broad collaborations with industry-leading software leaders and IT service companies, and support from PC system manufacturers around the world. Intel vPro brand is the newest addition to Intel’s brand portfolio, and its first targeting businesses and IT customers.

“Like Intel Centrino™ mobile technology and Intel Viiv™ technology, Intel vPro technology will bring together world-class innovations throughout the processor, chipsets, networking and software,” said William A. Swope, Intel vice president and director of Digital Enterprise Brand Management. “This technology significantly advances desktop PCs and will quite simply offer businesses security and manageability like never before — all on one of the most powerful and energy-efficient PCs in the market.”

At the heart of the first Intel vPro-based PCs will be an Intel Core™ microarchitecture dual-core processor. This next-generation, 64-bit microarchitecture bestows significant gains in performance and reductions in power-consumption improving responsiveness and productivity.

Intel vPro technology also includes the second-generation of Intel Active Management Technology (Intel AMT) and Intel Virtualization Technology (Intel VT). Intel VT will be integrated into the dual-core processor while the next-generation Intel AMT will be integrated into the new platform chipset. These hardware innovations, when combined with industry-enabled software solutions, represent the superior manageability and strengthened security behind the Intel vPro brand.

Offering businesses avenues to reduce PC support costs, Intel AMT helps manage, inventory, diagnose and repair PCs even when systems are turned off or have crashed operating systems or hard drives. The second generation of Intel AMT offers the ability to isolate infected PCs before they impact the network and alert IT when threats are removed.

Further strengthening PC security, Intel VT allows for separate independent hardware-based environments inside a single PC so IT managers can create a dedicated, tamper-resistant service environment — or partition — where particular tasks or activities can run independently, invisible to and isolated from PC users.

Demonstrating the industry support for Intel vPro technology, Symantec*, an IT-trusted industry leader, today announced plans to work with Intel to build security solutions creating an isolated environment outside of the main PC operating system for the purpose of managing security threats. This tamper-resistant virtualized environment will deliver stronger control and protection in the data infrastructure.

Leaders in the IT services industry are also benefiting from the built-in manageability capabilities of Intel vPro technology. Global technology services companies, including Atos Origin, EDS and Siemens AG have all achieved IT costs reductions through Intel AMT and have published papers outlining the time and cost saving benefits of Intel AMT-based platforms.

Intel vPro technology will be part of the Intel Stable Image Platform program, which offers predictable transitions and promises that the Intel software stack and drivers will be available and unchanged for five quarters from the time of the product launch. In its fourth year, this program allows businesses to qualify a system once, instead of being forced to requalify the system due to software or hardware changes.

Intel vPro technology will usher in this new era for business computing starting in the second half of the year and will be identified by a new logo on PCs from major system manufacturers and channel resellers worldwide.

Intel, the world leader in silicon innovation, develops technologies, products and initiatives to continually advance how people work and live. Additional information about Intel is available at www.intel.com/pressroom.

Intel, the Intel logo, Intel Viiv, Intel Centrino and Intel vPro are trademarks or registered trademarks of Intel Corporation or its subsidiaries in the United States and other countries.

* Other names and brands may be claimed as the property of others.